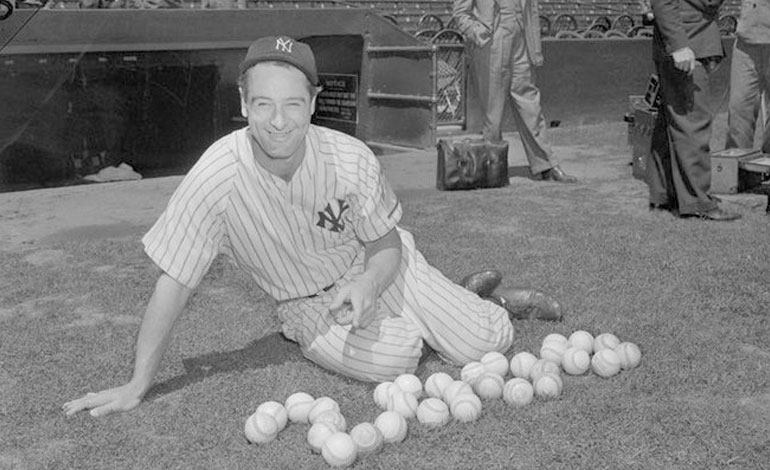 One of the great players of all time, by records and feats, is the former first baseman of the New York Yankees, Lou Gehrig, who was dubbed the “Iron Horse” of Baseball for his stability on the field of during 14 years that the streak of consecutive games lasted without injuries or suspensions.

Gehrig flied out to the left field against Walter Johnson in this game played at Yankee Stadium before some 10,000 fans where the Washington Senators defeated the New York Yankees 5 × 3 behind Johnson (8-2).

The veteran Senators pitcher had the offensive backing of outfielder Sam Rice who hit 5-5 and Goose Goslin who hit a pair of 3s with two RBIs.

You can also read:  Pitcher Gerrit Cole achieves his 20th win in a row in Major League Baseball

Sad Sam Jones (5-6) suffered a setback for the Yankees, with a save for Firpo Marberry, despite allowing 2 laps and a home run by pinch-hitter Ernie Jhonson.

In this way Gehrig began his historic string of successive games, playing as a starter the next day, June 2, when regular first baseman Wally Pipp, who for 15 years defended the position, was unable to do so due to a headache.

For fifteen seasons, he endured muscle ailments, injuries and even some losing streaks in the game, giving Lou Gehrig the opportunity to open the match on the day of the discomfort.

From then on, the southpaw would play the next 2,130 games without missing a single time – the second-longest streak of consecutive games in history.

You can also read:  Blue Jays would play in Pittsburgh

HIS RECORD REMAINED IN FORCE FOR 54 YEARS

His record was broken 54 years later by Cal Ripken Jr. of the Baltimore Orioles, who left Gehrig behind on September 6, 1995, a current record that seems impossible to beat.

Gehrig is still for many one of the best players in the history of baseball, only that he was unlucky enough to be born in the time of Baby Ruth, the darling of North Americans.

Henry Louis Gehrig was born to German immigrant parents. His childhood was quite calm and even comfortable, managing to complete his high school studies at the New York School of Commerce, and then attend classes at Columbia University.

He made his major league debut in 1923 with the New York Yankees, the only team he would play with in his career. During his first two seasons he served as a substitute for the starting team and as a pinch hitter. But in 1925 he began to see more action more often.

You can also read:  A-Rod will play the last game with the Yankees on Friday and will remain as an advisor

Despite all of his offensive accomplishments and his involvement in countless postseason encounters with the dominant Yankees, Gehrig will be remembered primarily for his string of games – which he knew.
Continually being overshadowed by his teammate, Babe Ruth, Gehrig understood that a brand of this style would be something that would set them apart and that the Bambino could never match.

Gehrig and Ruth are two names that practically cannot be said separately, and curiously, they shared very little in real life. (GG) (Taken from Sports Moment)