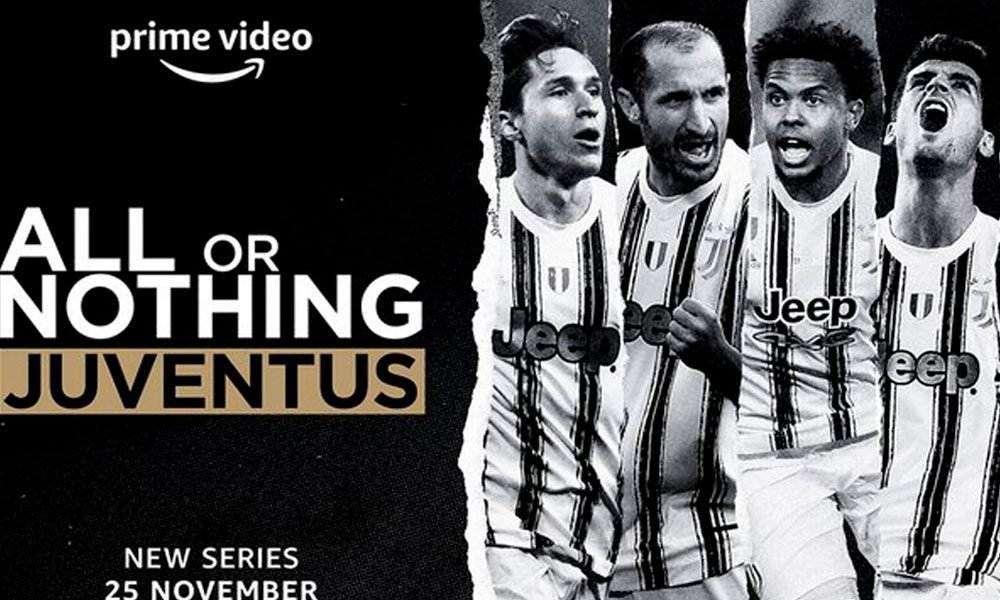 The daily life of Juventus Turin will be the protagonist of a new chapter of the series of the audiovisual platform Amazon Prime «All or Nothing», which will be released internationally on November 25, with unpublished images about the triumphs and defeats experienced by the Juventine dressing room during the 2020-2021 season, the club reported this Wednesday at a ceremony at the Allianz Stadium.

After the success achieved by the episodes dedicated to Manchester City and Tottenham in the English Premier League, the Arizona Cardinals and the Los Angeles Rams, of the NFL, Amazon closed a content recorded for forty weeks, with 7,000 hours of resources, which has the footballing and personal life of Juventus managers, coaches and players.

«A season is always full of emotions. It is great to live this relationship between manager and footballers, how you live the relationship between manager and coach. We live many victories and many defeats. It was good, with a coach in his first experience (Andrea Pirlo), with Cristiano Ronaldo, and in the end we won two trophies out of four available ”, assured the Czech Pavel Nedved, Juventine vice president.

You can also read:  UEFA invites Eriksen to Euro final

Amazon Prime followed the footballing life of Juventus players on a daily basis, recording conversations in the locker rooms before and after matches, as well as personal conversations, allowing us to better understand the character of each element of the Juventus squad.

The images refer to a complicated season for Juventus, which last year lost the title of Italian champions after nine years of dominance and was eliminated for the third time in a row in the knockout stages of the Champions League, against a rival to its reach like Porto.

The documentary recounts without filters the frustrations of those defeats, but also the triumphs in the Italian Super Cup and the Italian Cup, in the last Juventine season of the Portuguese Cristiano Ronaldo.

Negotiations with Juventus started in 2019 and ended in a positive way, as the Turin club is constantly working to increase the visibility of its brand.

«Choosing Juventus was a great challenge. We spoke for the first time in March 2019. It meant convincing a team like Juventus to let us access their privacy. We wanted to clarify that we could not do something already seen, that it had to be something unprecedented. We chose Juventus because, for us, it tells the story of an entire country, from north to south, ”said Nicole Morganti, one of those responsible for this production.

Everything is entertainment. We know that we do entertainment when we go out on the pitch, but we also do entertainment for televisions. We are more attentive than before to create content that can touch on different aspects, “said Giorgi Ricci, Juventus manager who participated in the event.

You can also read:  Barça, Real Madrid and Juventus reject UEFA "coercion" by the Superliga

The Turin club was already the protagonist in 2018 of a documentary about the lives of its footballers, told from a professional and also personal point of view, divided into four episodes and broadcast on Netflix. EFE