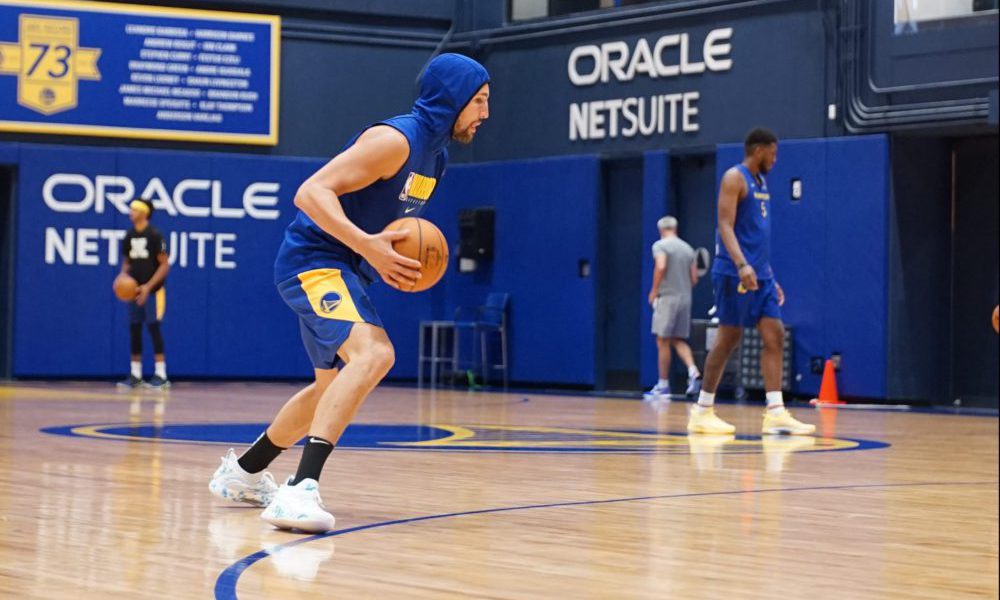 First, he missed the 2019-2020 season of the National Basketball Association (NBA) due to a torn anterior cruciate ligament in his left knee; later, he did not play the current contest due to the fracture of the Achilles tendon; But after the storm, the sun always rises and guard Klay Thompson is back in training with the Golden State Warriors.

And he did it at his home, the Chase Center, where the three-time league champion was seen accompanied by team personnel conducting his shooting session, in addition, he was seen wearing a headband as in his first years as a professional and, as always, hitting triples.

You can also read:  O'Neal, Iverson and Ming among the 10 new members of the Hall of Fame

However, from the Warriors they are very cautious about Thompson’s evolution; In fact, in the run-up to the NBA Draft 2021 lottery, the general manager of the franchise, Mike Myers, set a deadline to see the shooting guard back, accompanying his partners Stephen Curry and Draymond Green.

When is Klay Thompson returning to the NBA?

“I think we will have a better sense when training camp arrives, because there is a difference between playing 5 against 5, which we think will be by then, and then playing an NBA game, I think that’s when we will have to find out when It is the right moment for that ”, assured the executive.

You can also read:  Spurs remain undefeated against Warriors

When Myers was asked for an “exact” date for Thompson’s return to the NBA and with the Warriors jersey, he replied that “I don’t think it will be the first game of the season in October,” to which he was told about If it will be on Thanksgiving or Christmas, he added that “I think it is more likely that it will be December, but I don’t know when.”

Although the executive warns that “it all depends on how you face all these obstacles to your rehabilitation. But I do know this: the guy is there every day, he’s working his butt, and he’s thirsty. He is thirsty to get back on the court. He loves basketball. There is no doubt how much it can help us. ‘ (Bolavip)

You can also read:  Green admits his mistake cost the Warriors a loss and will seek vindication