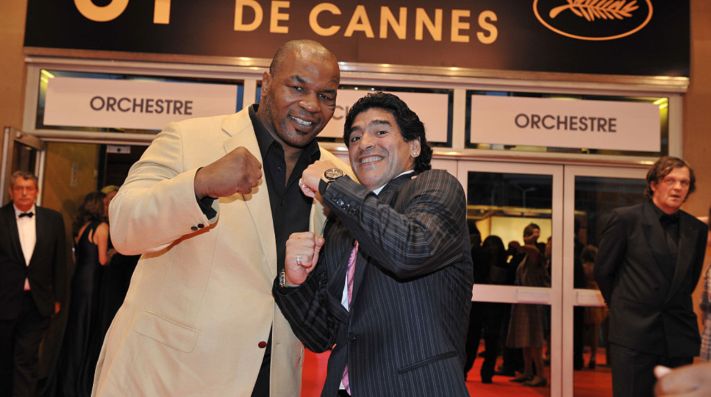 The world of football and sports mourns the loss of Diego Maradona, so different stars say goodbye. One of them was Mike Tyson who dedicated some beautiful words to say goodbye to the Argentine.

Without a doubt, the ex-footballer and the ex-boxer are a great point of comparison because they achieved the impossible in their disciplines. What’s more, they complied when they said they were going to be the best of their time.

In addition, both are not only united by great sporting successes, but also extra sporting scandals where excesses were on the order of the day. In turn, the two had a very good relationship to the point that Diego Maradona invited Mike Tyson to his program, La Noche del Diez, in 2005.

Because of this, the American dedicated a few words to him on his social networks. “The Hand of God, Maradona has left us. In 1986 we both won the world championship. They used it to compare us. He was one of my heroes and my friend. I respected him a lot. We will miss him very much, ”said the former world champion on Twitter.

In 2005, the American traveled to Sao Pablo after having been present in Diego Maradona’s program. During his short stay in Brazil, he was besieged by journalists for which he asked not to be bothered, but it was filmed in a club.
Because of this, he attacked a journalist and went to another establishment where the police appeared and took him to the police station to testify, but he was released.
However, the next day he appeared in court to expose what happened, but he did it with Diego Maradona’s albiceleste jersey. Despite this, the judge did not give importance to the provocation, so he let him go to Rio de Janeiro to return to the United States on condition of one month to face minor charges, but he never returned. (GG) (BolaVip)