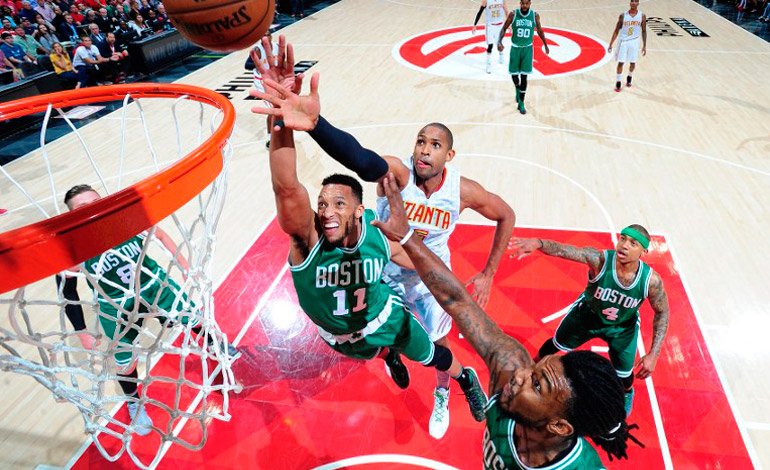 Shooting guard Ken Bazemore and a great defense allowed the Atlanta Hawks to win 110-83 over the Boston Celtics in Game 5 of the Eastern Conference playoffs.
The victory allows the Hawks to regain the winning path and once again lead (3-2) in the best-of-seven series.
The sixth game will be played on Thursday at the TD Garden in Boston and if a seventh is necessary, they will return to the Philips Arena in Atlanta on Saturday.
Bazemore scored 16 points, including four 3-pointers from nine attempts, matching point guard Jeff Teague.
Reserve power forward Mike Scott, in the 22 minutes he played as a reserve, made 7 of 9 field goals, including 2 of 3 triples, and 1-1 free throws, grabbed five rebounds, which were all defensive, and retrieved a ball.
Shooting guard Kyle Korver had 13 points and power forward Paul Millsap had 10.
Dominican center Al Hoford contributed six points, scored 2 of 11 field goals, missed two triple attempts, and scored 2-2 from the free throw line, in addition to capturing eight rebounds -six defensive-, giving four assists, recovering two balls, lose one and put a stopper.
The key to the match came with 6:35 left in the second quarter when the Celtics were up on the scoreboard with a run of 19-29 and Bazemore scored three consecutive triples that changed the history of the match.
From there, the Hawks dominated the Celtics with a 74-33 run that allowed them to reach the beginning of the fourth period with a decisive run of 93-62.
With 15 points, forward Evan Turner led the Celtics’ attack, which in the final stretch of the game lost star point guard and leading scorer, Isaiah Thomas, who suffered a slight sprain in his left ankle.
The Celtics coaches believe that Thomas could be ready to play the next game, but they would have to wait to see how he develops in the next few hours.
Forward Jae Crowder, power forward Jared Sullinger and point guard Marcus Smart each contributed 10 points and completed the list of the four Celtics players who had double-digit numbers, but as a team they could only reach 38 (29- 77) percent of success in field goals and 24 (7-29) of triples. EFE

You can also read:  Kevin Durant will not greet Donald Trump: "I do not agree with what he does"