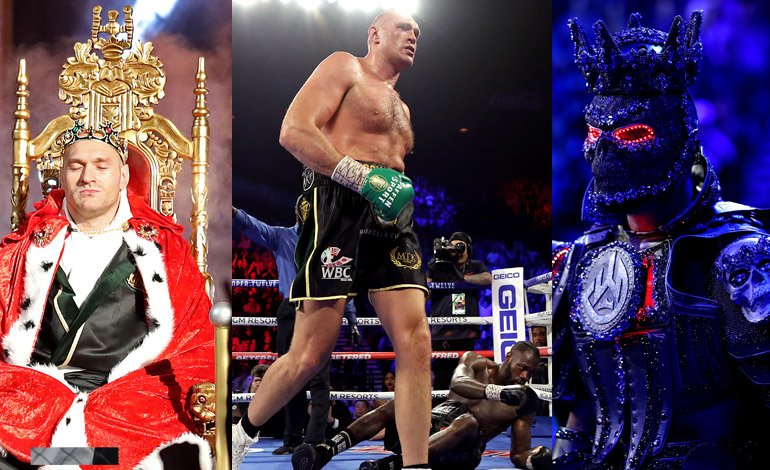 From the entrance of the boxers the night was a show, the British Fury, entered the ring, like a king, seated on a throne and carried by many of his followers; For his part, the champion Wilder, did it with a robot-style suit, which impressed those present.

Fury became heavyweight champion again after dominating Wilder in their title rematch, before Wilder’s team threw in the towel in the seventh round.

Fury went on the attack and knocked Wilder down twice before an avalanche of punches in the seventh sent his rival’s team to surrender, ending the long-awaited fight.

“The king has returned to his throne,” proclaimed Wilder, who had his previous reign as champion slowed by drugs and alcohol.

“Even the biggest have lost and come back,” Wilder said. “I don’t make excuses. This is what world-class boxing is all about ”.

“He held out and he really showed the heart of a champion,” said Fury. “He is a warrior, he will recover, he will be a champion again. But the king has returned ”.

The rematch sold out all available tickets and broke a record with more than $ 17 to watch the game live. It was also expected to do well on video on demand. The two boxers had a guaranteed purse of $ 5 million, but could win up to $ 40 million each.

You can also read:  PHOTO GALLERY: “Escorpión” Ruiz favors Motagua in the final

Here we show you some images of the contest: