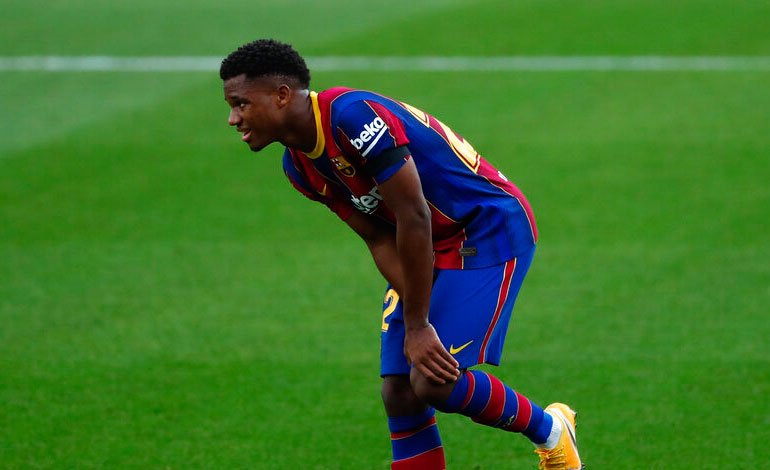 Barcelona striker Ansu Fati, who withdrew injured from the LaLiga Santander match that his team played against Betis at the Camp Nou (5-2), suffers a tear in the internal meniscus of his left knee, according to the medical services of the Catalan club.

Fati, limping since Mandi gave him a penalty in the 33rd minute of the match by knocking him down from behind inside the box, was replaced at halftime by Lionel Messi.

Barcelona coach Ronald Koeman explained at the end of the game that the young academy player had been replaced “as a precaution”. However, the medical tests to which he subsequently underwent determined that his meniscus was affected, an ailment whose treatment “will be determined in the coming days,” reported the Barça entity. EFE (hn).

You can also read:  Perisic, positive for coronavirus