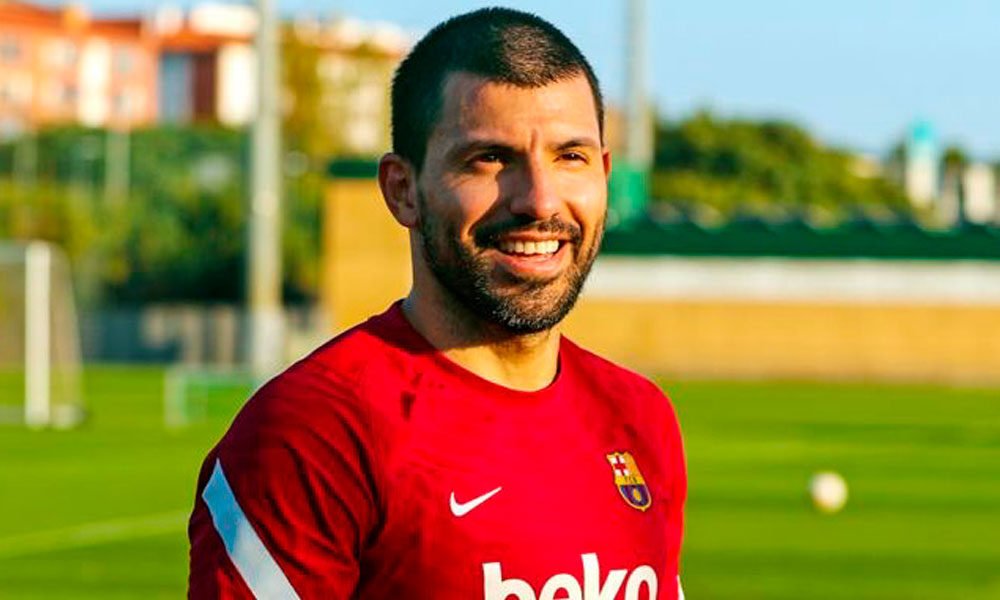 Sergio Agüero experienced all kinds of health setbacks since he arrived in Barcelona after ending 10 years of ties with Manchester City. Kun suffered from a tear to a contagion of coronavirus, but nothing as serious as this heart condition that was detected in his last presentation and that will keep him under observation and away from the playing fields until February of next year.

“The player Kun Agüero has undergone a diagnostic and therapeutic procedure by Dr. Josep Brugada. It is low and during the next three months the effectiveness of the treatment will be evaluated to determine his recovery process ”, was the text of the statement issued by the Spanish club that immediately shook the world of football in all its latitudes.

In this context, the doctors of the Argentine Football Association (AFA), Daniel Martínez and Matías Muglia, left for Spain to make themselves available to the striker after the heart condition that will require three months of recovery. “This Wednesday, the AFA doctors, Daniel Martínez and Matías Muglia, traveled to Barcelona to make themselves available to Sergio Agüero and the Catalan club in order to accompany the footballer and collaborate with his institution in whatever they deem necessary,” the entity reported from Viamonte street through his official Twitter account.

The heart problem appeared in the match against Deportivo Alavés, last weekend, and he had to leave in an ambulance until hours later the first diagnosis was confirmed: “The player Kun Agüero has undergone a diagnostic and therapeutic procedure in charge of the dr. Josep Brugada. It is low and during the next three months the effectiveness of the treatment will be evaluated to determine its recovery process ”.

His ex-mother-in-law, Claudia Villafañe, who had arrived in Barcelona with her grandson and Agüero’s son, Benjamin, whose mother is Giannina Maradona, were present at the Camp Nou, and both were very scared at that time. The two returned to Buenos Aires, after meeting the last medical report.

You can also read:  Cameroon, despite arriving at dawn, beats Mozambique

And when today the report of his absence for three months was known, in addition to showing signs of support for Kun from all over the world, different media remembered what happened with the Danish Christian Eriksen during the match that the national team disputed with Finland by the Eurocopa, last June.

The 29-year-old footballer had suffered a cardiac arrest from which he was able to get ahead on the same playing field and was later placed on an implantable automatic defibrillator (ICD), something that by regulation of the Italian Federation would force him to leave his current club , Inter Milan, since it is not accepted that athletes with this type of implant play professionally.

For now, since June that Eriksen did not return to sports practice, and although Agüero’s case appears to be different, he acted as a trigger to remind himself of what happened with Lautaro Martínez’s Scandinavian colleague, precisely who remained with the position of starting center-forward who knew how to be Kun in the Argentine national team, to which he had the opportunity to return in the medium term.

You can also read:  Toluca de Cristante beats América de Solari 3-1 and takes away the undefeated in Liga MX

But for the reassurance of himself and all those around him, Agüero is in the best possible hands regarding his care and treatment, since the doctor Brugada is one of the best specialists in diagnosis and radiofrequency ablation of tachycardias and cardiac arrhythmias of Spain. And what stands out in the world of cardiology is that together with his brothers Ramón and Pere, also doctors, they were the discoverers, almost 20 years ago, of a heart disease that caused the so-called “sudden death”, which was installed in the medical world under the name “Brugada syndrome”. (Infobae)