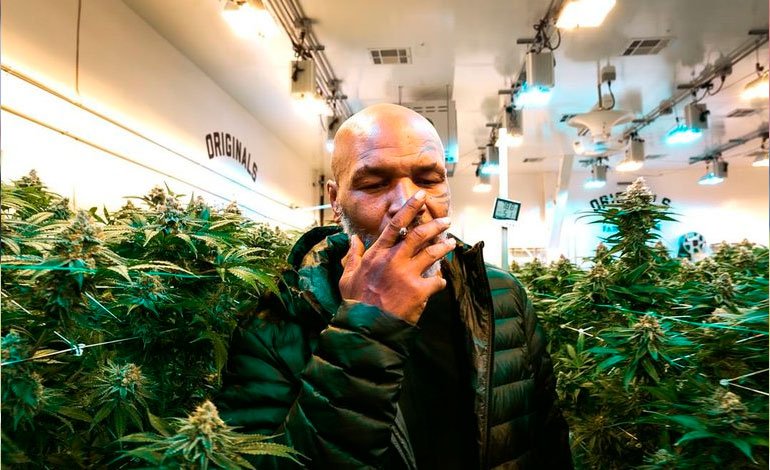 After his financial bankruptcy, Mike Tyson, at 54, knew how to rebuild himself and even returned to the ring. He created his own cannabis plantation company called Tyson Ranch located in California, where the use of marijuana is legal. The monthly profit that this business leaves to the returned boxer was known, who also began to generate millions since his return to the ring.

According to the Cheat Sheet, Tyson Ranch sells more than $ 500,000 per month in marijuana but, in that same period, Tyson smokes almost $ 41,000 with his guests. The boxing legend got into this field at the end of 2018 and it was not bad for him. He even admitted that, on his return to fighting last December, he smoked marijuana before the exhibition match with Roy Jones Jr.

You can also read:  'Maravilla' Martínez finalizes his return to the ring

Tyson is believed to have made at least $ 584 million in his career over the course of his 56 official fights. But like many sports superstars, Tyson spent his money as fast as he made it on big, expensive houses, flashy cars, and even domestic tigers. In 2003, Tyson was forced to file for bankruptcy, and at that time it turned out that he was $ 28 million in debt.

Known as “The Baddest Man on the Planet,” he admitted that he struggled with his cocaine addiction and managed to turn things around. In its reconstruction Tyson had minor roles in several films, most notably in the film franchise The Hangover. He even had his own animated television show called “Mike Tyson Mysteries.”

Most recently, he produced a podcast called “Hotboxin With Mike Tyson,” which is one of the most popular out there related to combat sports.

But the great economic blow and financial recovery was thanks to Tyson Ranch. He runs his own farm where he grows and sells his own brand of cannabis, as well as herbal wellness products. (Text and photo: Infobae)