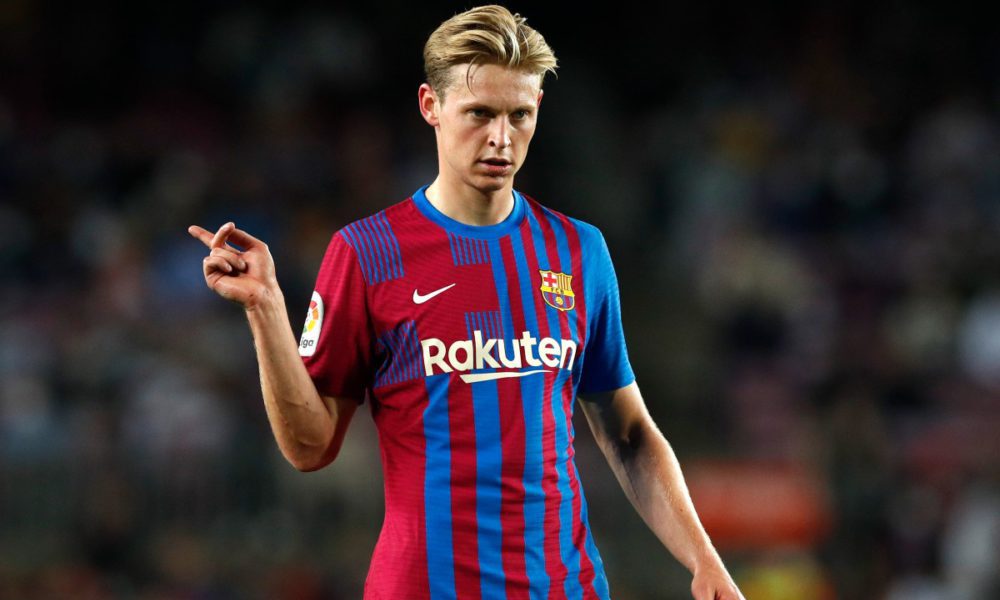 Frenkie de Jong is one of the players to look out for in the future, due to his high projection. For this reason, from England they speak of good money that Manchester City would be offering for the 24-year-old midfielder who has not been able to dazzle as expected in the Catalan institution.

And it is that according to information compiled by The Sun and from El Chiringuito in Spain, the Citizens would be considering making an offer of 75 million pounds for the player who is linked to Azulgrana since the 2019/2020 season; after his great step and demonstration by Ajax, from his country of origin.

You can also read:  Fernando Santos: We have to try to have the ball against Germany

Within the report they indicate that from Iberian lands they want to take the money, since the monetary present of the Catalans is frankly serious and that they would not have planned to use the footballer as a bargaining chip for an exchange with Raheem Sterling, a man who has also been put in the orbit of the Culés.

But already according to the inquiries made by the British media, with sources close to the instuition directed by Pep Guadiola: “sources in the city have told SunSport that there is no interest in De Jong”, in that order of ideas it is a information crossing still uncertain, that only time will know how to define the truth.

This lack of interest goes very hand in hand with the version given some time ago by Xavi Hernández, who pointed out about the Netherlands-born that: “he is an extraordinary player, he is not afraid to receive the ball in difficult areas, to turn around “

He took pressure off of the heavy caliber words in which he was compared with his current coach and other great Blaugrana players: “He needs time to adapt, it’s another culture. It is a great club. Frenkie de Jong is Frenkie de Jong. It has nothing to do, neither with me, nor with Iniesta, nor with Busquets ». (BOLAVIP)

You can also read:  Memphis gives the triumph to an insecure Barcelona