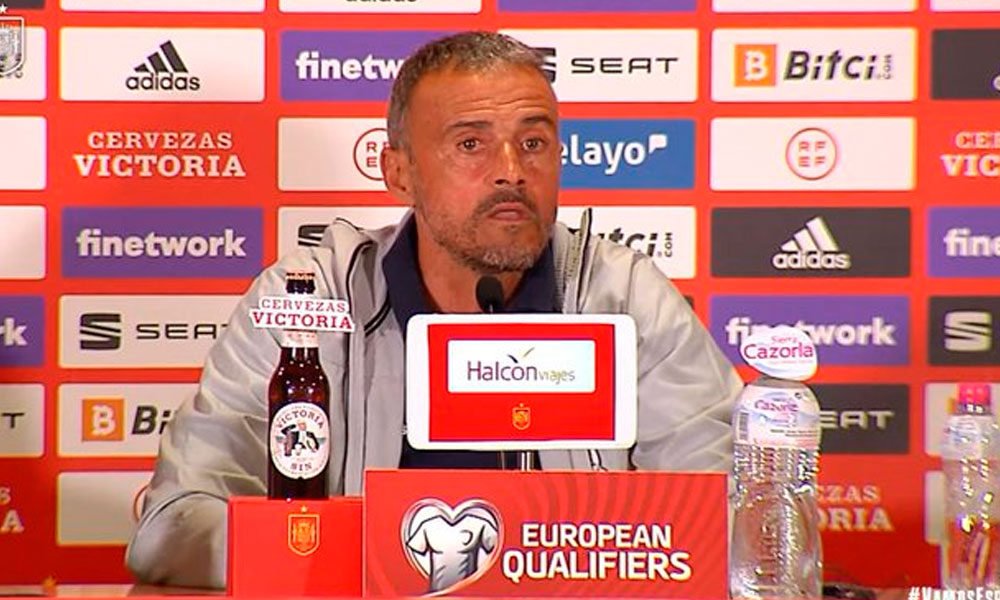 The Spanish coach, Luis Enrique Martínez, avoided any triumphalism before the game against Sweden for a place in Qatar-2022, remembering that “the most difficult remains.”

“We have to be cautious when there is overconfidence. We must focus on tomorrow’s difficulties, which will be many, “said Luis Enrique this Saturday at the press conference prior to the meeting.

“It has always been difficult for us to score a goal,” said the Spanish coach, who had made a call last Thursday after beating Greece 1-0 for the La Cartuja stadium in Seville to fill up on Sunday.

“It has been achieved. Now for those who come, let them enjoy when we have to enjoy, but when we have to suffer, let us all suffer and help us. This is not going to be a party until the game is over, “said Luis Enrique.

Spain faces the match in first place in group B, the only one that gives direct access to the Qatar-2022 World Cup, with a point advantage over the Swedes, so a draw would be enough to secure their ticket.

“The most difficult thing is to finish the job,” insisted Luis Enrique, reiterating that “despite the fact that we are worth two of the three results that can be given in a soccer match, we are not going to speculate, we are going to play the same and try to be right ».

«The objective has to be to win the game with the same intensity. We are an offensive team that is going to put pressure, that wants to have the ball ”, explained, for his part, the captain of the Spanish team, Sergio Busquets.

You can also read:  Cristiano signed a two-year contract with Manchester United

“We are not going to change anything, beyond nuances,” said Luis Enrique, who recalled that “we started the week talking about pressure, that we needed to win two games to get to the World Cup and the plan is the same: win two games. We are closer, but that is still the plan.

Luis Enrique did not want to enter to assess whether or not Zlatan Ibrahimovic should play with Sweden, but he admitted that “‘Ibra’ improves his long game, he is an ideal player for that because of his power.”

The Spanish coach expects a Sweden to attempt a direct game by taking advantage of their fast men from above like Alexander Isak.

You can also read:  Gabriele Gravina: «the Euro Cup won must help us grow»

“We will try to play that (long game) as little as possible but to cancel them (their forwards) completely is impossible,” he considered. AFP