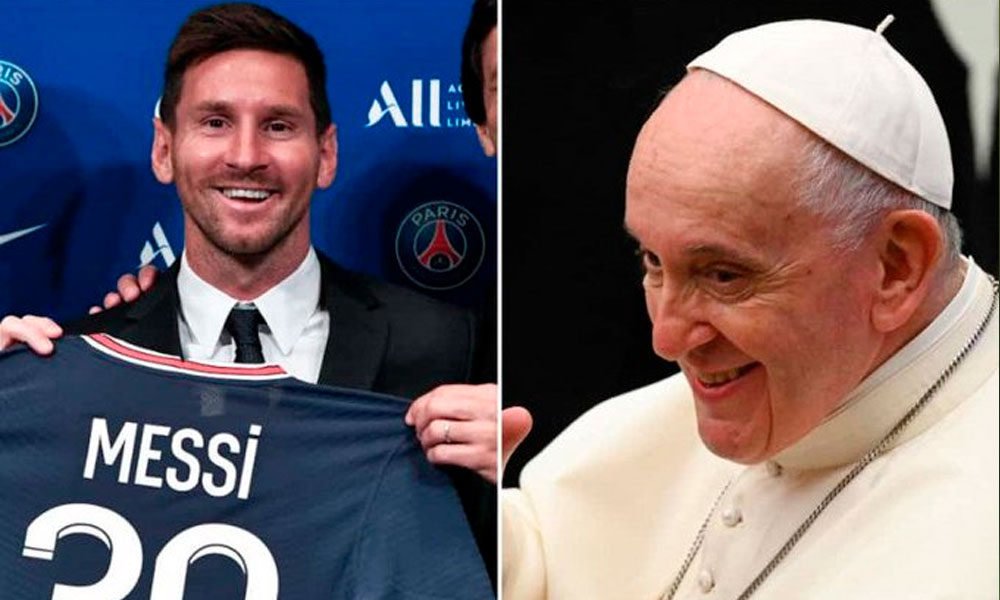 Pope Francis stressed this Friday that the Argentine soccer star Lionel Messi never got “the fumes to his head” and thanked the PSG shirt that the “Flea” recently sent him.

In an interview released this Friday with the Argentine news agency Télam, the supreme pontiff said that Messi sent him an autographed Paris Saint German (PSG) jersey this week through French Prime Minister Jean Castex.

“Thank you for your closeness, thank you for the testimony and that the fumes did not go up to your head,” Francisco said in the interview, in which he addressed a few words to the Argentine footballer.

You can also read:  Gladbach coach to coach Borussia Dortmund next season

Francisco highlighted the “simplicity” of the figure of the Argentine national team, sent him a blessing and expressed that he can count on him.

“May God bless you and, whatever you do, count on me,” the Pope told him. EFE (HN)