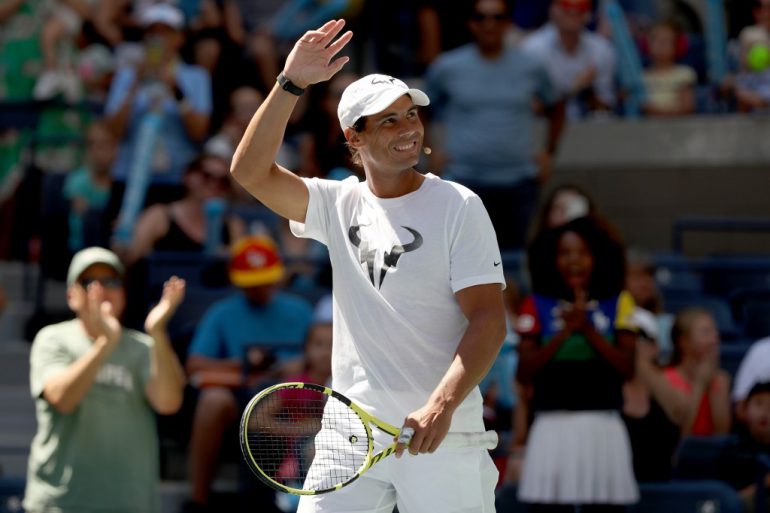 Become the first tennis player in history to win 21 Grand Slam titles; With that motivation, Rafa Nadal faces Roland Garros-2021, a tournament that the Mallorcan has won 13 times, and on the way to the final the names of Novak Djokovic and Roger Federer appear threatening.

The Serbian, world number 1, and the Swiss (8th) arrive in Paris with the same goal on the horizon as Nadal (3rd) in that duel that maintains the ‘Big Three’ of tennis to close the debate on which is the best tennis player of all time.

If Nadal raised the Musketeers Cup to the sky in Paris on June 13, he would write one more line in the history of the tournament, but he would close a chapter in men’s tennis with gold letters by breaking the tie at 20 ‘greats’ that he maintains with Federer.

You can also read:  Wawrinka eliminated in Marseille

Caprices of destiny -and of the ATP ranking-, for the first time in history the three face a Grand Slam in the same part of the table.

Djokovic (18 Grand Slam titles) and Federer could meet in the quarterfinals if qualifying logic prevailed in the preceding rounds.

Nadal, who arrives in Paris as third in the ranking, would reissue last year’s final against ‘Nole’ in the semifinals, but at 34 (almost 35) he has enough experience to apply the ‘match by match’ philosophy.

However, his overwhelming hegemony in Paris has barely left loopholes for ‘Federer’ and ‘Djoko’ to put their names on the tournament’s record in 2009 and 2016. For the Serbian, the challenge is to become the first man in half a century in conquer the four ‘Big’ on at least two occasions.

Invincible is nobody anywhere. That is the reality. This year I have lost in Monte Carlo and I have lost in Madrid, “said Nadal, who nevertheless won on clay this year in Barcelona and Rome, and who will start his career in Paris against Australian Alexei Popyrin (62nd).

You can also read:  Cora hopes to repeat title with Boston in his 2nd season

– The opportunity of Tsitsipas –

For Federer, nearing 40, this Roland Garros is an opportunity to get ready for his true goal: Wimbledon.

«I am realistic in that I know that I will not win the French Open. Whoever thinks I will win is wrong, “said the Swiss.

The imbalance between the two halves of the table could benefit the group of young tennis players eager to take the lead from the three dominators in recent decades, but who have not quite taken the step forward that such an ambitious undertaking requires.

Stefanos Tsitsipas’s tall figure and blond hair appear more clearly among them. The 22-year-old Greek won the prestigious Monte Carlo Masters on clay in April and only Nadal stopped him in the Conde de Godó final.

You can also read:  Sharapova "crashed" against Williams

Tsitsipas already knows what it’s like to defeat Nadal on clay in Madrid in 2019, and forced Djokovic to five sets in the 2020 Roland Garros semi-finals.

Two-time Roland Garros finalist Dominic Thiem arrives in the French capital far from his best form and in need of confidence after falling in the semifinals in Madrid and following his recent unmitigated defeat to Cameron Norrie in Lyon.

And the world’s number two, Russian Daniil Medvedev, has yet to win a single match at Roland Garros.

In addition to Nadal, the Spanish army will have another 14 rackets, including that of the rookie and promising Carlos Alcaraz, from the previous ones.

The Argentine representation (six tennis players) will also be nurtured, led by Diego Schartzman (10th) who has made a discreet European tour in 2021.

The Argentine Juan Ignacio Londero against the Chilean Cristian Garín, and Guido Pella also from Albiceleste against the Colombian Daniel Galán will star in two South American duels in the first round. (GG) (AFP)