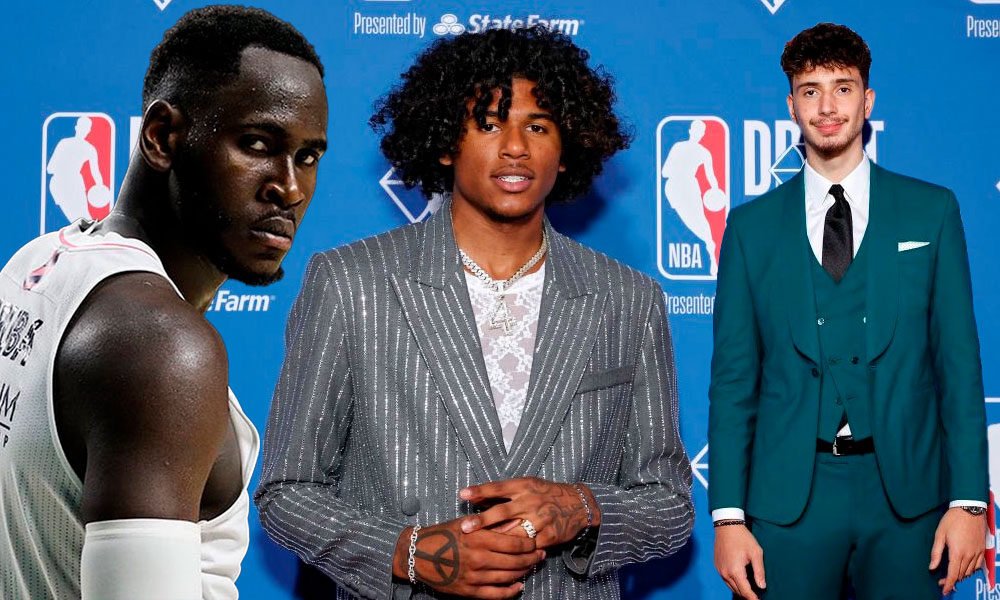 The time for reflection and analysis came to the heart of the Houston Rockets a day after having starred in one of the most productive NBA college draws in the history of the team with four selections, all in the first round, loaded with talent and youth.

Three of the four players selected, the base-guard Jalen Green, the Turkish center Alperen Sengun and the guard Josh Christopher, were presented this Friday in Houston by the president of operations of the Rockets, Rafael Stone, the true architect of their arrival at the texan city.

Missing power forward Usman Garuba, of Real Madrid, who is competing with the Spanish National team, at the Tokyo 2020 Olympic Games.

Stone admitted that how productive and effective a college giveaway could have been cannot be judged objectively until several seasons of development and adaptation of the selected players have been completed.

But he also defended that if it was possible the day after the draw to make an analysis of what was finally selected and the world of the NBA agrees, that the Rockets starred in a historic night.

“The bottom line is that they will probably be good NBA players in their field and can do some things right now at an above-average level,” Stone said.

A favorite disciple of Daryl Morey, the former Rockets general manager, now president of operations for the Philadelphia Sixers, Stone, 49, had already experienced all that the election entails on the night of the college draft.

But this time he emerged as the maximum responsible and great winner with the selections of Green (2), Sengun (16), transferred his rights by the Oklahoma City Thunder, Garuba (23) and Christopher (24).

Stone defined Green as an “electric” player, that his first step is as good as anyone’s in basketball, and his second and third could be better.

“… We do a lot of background research, and it’s really evident with Jalen (Green) how much he loves basketball,” Stone noted.

The manager of the Rockets described Sengun’s game as that of a professional who finishes everything around the basket, imposes his physique, his strength and his game, but also has a good touch of the ball, he can pass it and shoot it to the basket.

You can also read:  The Jazz try to have Williams again

While he defined Garuba as a complete player, with great maturity, who defends better than anyone, who knows how to mark his space without making concessions and knows perfectly the fundamentals of basketball.

Stone reiterated that he was very clear about what he wanted to achieve in the university draw and what he wants to build with the new Rockets, who also coaches the young Stephen Silas, the team that last season finished with the worst mark in the league, but now It has four 19-year-old players who give it great contribution both in defense and attack.

What the Rockets did in the draw has been defined within the NBA world as an authentic lesson in what should be the knowledge of the players who appear in the draw and those who can really help the team in the short, medium and long term.

The reality is that the Rockets got three players who were projected by most of the specialists among the 11 best that appeared in the draw.

In fact, it is unanimous that Garuba is, without question, the best defensive player to be featured in the draw and that if the Rockets managed to improve his offense, he would be an unstoppable force in the league.

You can also read:  Phoenix against Milwaukee, an unusual NBA Final

Especially if the chemistry with Sengun is good, as Silas expects, their presence in the NBA fields will generate spectacle, great basketball and above all that they bring triumphs to the Rockets, who will also have in Green the typical player who always works for the benefit of the team not of individual brilliance.

But specialists also agree to see Green as the player with the greatest offensive potential of all those who were chosen in the university draw.

At just 19 years old, he is already a skilled and creative scorer, with an instinct and desire to compete that rubs off on the rest of the team, something the Rockets urgently needed after the frustrating “getaways” of James Harden and Russell Westbrook.

“We all knew that we needed immediate talent input that in the short term places us among the teams competing for the league title and I can say with satisfaction that the mission has been accomplished,” added Stone. EFE (HN)