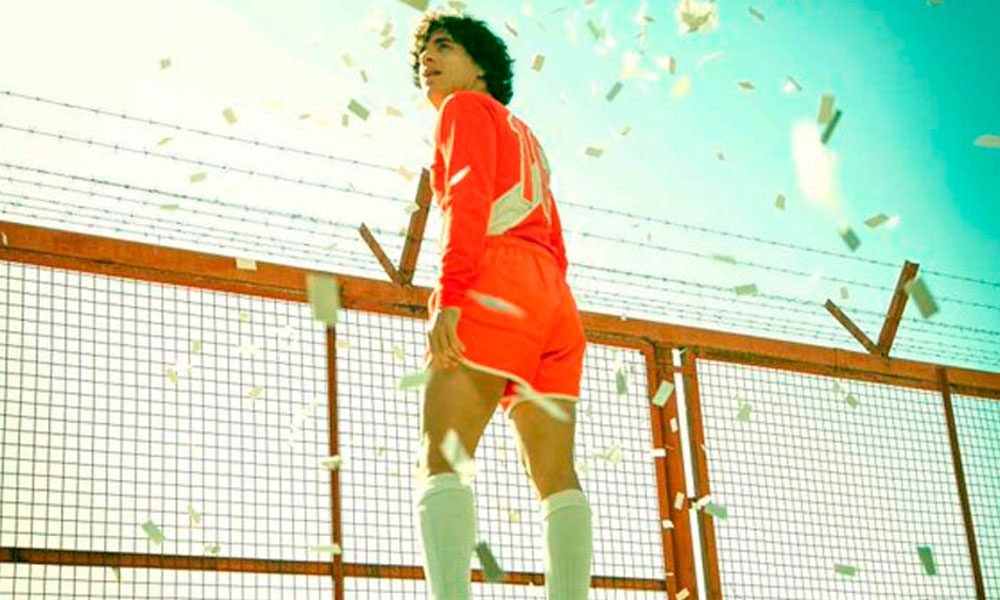 The biographical series of soccer legend Diego Maradona, which will tell about his triumphs and the challenges he had to overcome throughout his life, already has a release date, as announced by the producer in charge in a statement.

The debut will be from next October 29 in more than 240 countries and exclusively through the video-on-demand platform of Amazon Prime Video.

The platform has already released the trailer and official art for Amazon’s original series, “Maradona: Blessed Dream”, while the first chapter will be broadcast at the end of this month, the last one will be available on November 26 of this year.

You can also read:  Germany and Portugal join in criticism of a Biennial World Cup proposed by FIFA

The life and history of Maradona, from his beginnings in Villa Fiorito to reaching glory with Barcelona, ​​Napoli and the Argentine team, will be starred by three actors who will represent his different stages.

Nazareno Casero, Nicolas Goldschimidt and Juan Palomino will be in charge of giving life to Diego from his youth, through adolescence to adulthood.

The series will emphasize the key role that the star played as the leader of the Argentine National Team when he won the World Cup in Mexico in 1986.

In addition, the roles of the most important people who accompanied Maradona throughout his existence will be played by artists of the stature of Julieta Cardinali and Laura Esquivel who will play the ex-wife of the ten, Claudia Villafañe.

You can also read:  Kimmich and Gnabry cannot enter the Bayern hotel as they are not vaccinated

Also, the actress Mercedes Morán will take the role of Dalma Salvadora Franco, better known as “Doña Tota”, Diego’s mother and the father will be represented by the actor José María “Pepe” Monje.

On the other hand, the actor Peter Lanzani will play Jorge Cyterszpiler, the first representative of Maradona, and the role of the last manager, Guillermo Coppola, will be acted by Leonardo Sbaraglia and the French-Argentine artist Jean Pierre Noher.

The series was produced by BTF Media, in co-production with Dhana Media and Latin We, recorded in locations in Argentina, Spain, Italy, Uruguay and Mexico.

In ten one-hour episodes, they will capture key moments in the life and career of the legendary soccer star. EFE (HN)