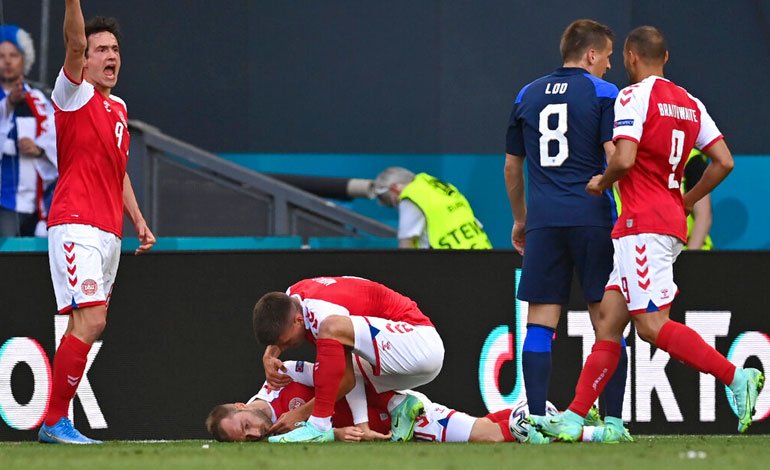 “There is a rivalry between the two countries, but that is not important. He is a human being, a teammate and we are thinking of him, “said Sebastian Larsson, the captain of the Swedish team about the collapse of the Danish Christian Eriksen in the match against Finland, which they learned about when they traveled to Seville and for which they remained “shocked”, as he expressed this Sunday.

«We found out the terrible news of Christian Eriksen when we were going to Spain. We don’t think of the countries when something like this happens, we think of a colleague, another human being and I want to send my support to Eriksen, his family and his colleagues. Hopefully we can see him soon,” Larsson said before questions from the media during a telematic press conference.

You can also read:  Barcelona go back to Valencia and return to victory

“Of course we have talked about it a lot within the group. We were waiting for positive news and asked for more details. I really want to play, we all really want to play, but before that, we are thinking about Christian, about his family. It is a terrible situation. I can’t even imagine it,” continued the captain, who remarked that “football is not the most important thing in the world.”

«When we arrived in Spain, we spoke at that moment, because we received many messages on our mobiles. We couldn’t fully understand what was going on, there were a lot of images, but we talked about it a lot on the plane and on the bus. There was no official meeting,” said Jan Anderssen, the Sweden coach.

You can also read:  Guatemala beat Guyana 4-0 and will fight for a ticket to the Gold Cup

“It was an incredible gesture from Simon Kjaer (the first to come to Eriksen’s aid when he collapsed). I have no experience in these things. I don’t think it’s something we’re forced to know, but it’s positive that there are people who can react like that and that there were doctors in the field,” Larsson said.

«We have done a lot of tests before the tournament, also with our teams. I feel fully confident that we have carried out the necessary tests, ”replied the captain about the concern that it may generate in the team for its match this Monday at the La Cartuja stadium in Seville against Spain.

You can also read:  Bayern Munich suffers to defeat Cologne

“I don’t feel worried. I hope this is the only event of its kind. The news has reached us that Christian is quite well, “said the coach.

Neither Sebastian Larsson nor the coach, Jan Anderssen, came to assess the resumption of the game once Eriksen was transferred to a hospital.

“It is very difficult to put yourself in that situation. I think they did the right thing. It is UEFA’s responsibility to make the decision. There is no perfect decision, but we hope that the players had a vote in that decision”, explained the Swedish midfielder, while the coach opined: “It is very difficult to understand his feelings. It’s hard to make decisions at those times.” EFE. (JL).