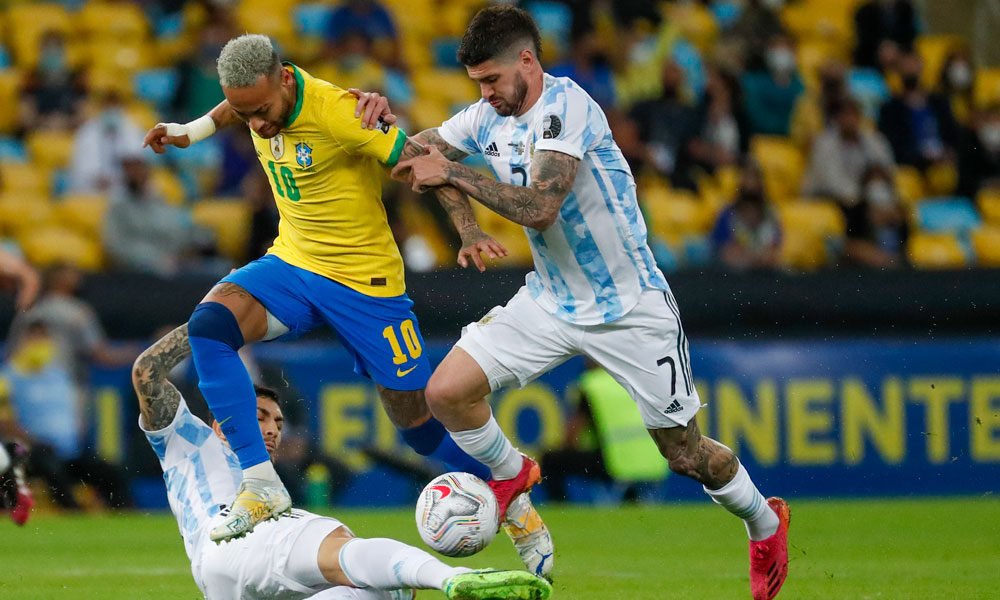 There is only a little over a year left before the ball gets rolling again in a FIFA World Cup. The Playoffs in the different confederations are beginning to close and we already know some of the qualifiers. Qatar, as host, Germany and Denmark already have their ticket insured.

Between this week and the next, a new double qualifying date will be played on all continents and there are Conmebol and UEFA teams that will already be able to get into the World Cup event. Two countries in South America want to get ahead, while in Europe the qualifiers and the teams that go to the playoffs are defined.

In the other continents there is still action to meet the representatives who will play the World Cup. Concacaf will continue to contest its classification, but there are still eight dates left to finish it. In Africa the group stage is defined, but the final crosses are still missing, while in Asia there are still six rounds to go.

Brazil and Argentina remain undefeated after 12 rounds, with the duel between the two pending pending the ruling of FIFA. Canarinha leads the competition by far and if they win against Colombia on Thursday they will have their classification assured. Those of Lionel Scaloni depend on the results of the pursuing teams, but if they win against Uruguay and those of Tité they will have enormous chances of getting into Qatar 2022.

You can also read:  Vinicius leads the reaction of Real Madrid

With Group F and J defined, by the qualifications of Denmark and Germany, respectively, we review which teams have a chance to qualify in each zone on these two dates that will close the Qualifiers for Europe.

Group A – Serbia and Portugal

Serbia leads a point above Portugal, but has only one commitment ahead, precisely against the team that has Cristiano Ronaldo as a figure. On Sunday they will clash for the last date and will define between them the ticket to Qatar 2022.

Group B – Sweden and Spain

A victory against Greece by the Swedes with a parallel fall of Luis Enrique’s against Greece can directly deposit the Nordics in the World Cup event on Thursday. However, if the Iberians manage to survive the first date, they will define everything against Zlatan Ibrahimovic and company on Sunday as local.

Italians and Swiss are tied at the top of the zone and will collide this Friday on the first of the dates. The winner will be one step away from the classification, but will have to add something more in the last one. Roberto Mancini’s men will go to Northern Ireland, while Switzerland will go to Bulgaria.

You can also read:  Haaland scores as Dortmund beat Hoffenheim 3-2

It is the area that reaches the definition the most even. The four teams have a chance to stay with the direct classification. The champion of the last World Cup leads with three points over his escort and only needs to defeat Kazakhstan on Saturday to get into Qatar 2022. A fall complicates his path and gives life to the other three teams for the last date.

Those commanded by Roberto Martínez lead their zone comfortably, but they want to seal their classification quickly. For this they have to defeat Estonia on Saturday. If not, they could go head-to-head with Wales for direct qualification on Tuesday.

The Danish cast, which does not have Christian Eriksen, its top figure, who is recovering from a heart attack suffered in the last European Championship, swept the area and qualified with an ideal score. It only remains to know if Scotland or Israel win the ticket to the playoff.

Here the Netherlands is up to itself, but Norway could strike if they manage to reach the last date with chances by facing the Dutch. Turkey, however, dreams of setbacks from both on Saturday and a draw in the duel between them to pass them on the final.

You can also read:  Tottenham coach: Kane is' our player

A similar scenario to other areas occurs in this case. Russia could qualify directly on Thursday if they beat Cyprus and Croatia fail to beat Malta. Russians and Croats face each other on the last day and, if both arrive with chances there, the passage is defined hand in hand.

Group I – England, Poland and Albania

If they score at least one point against Albania on Friday, England would have more than a foot and a half inside Qatar 2022 as they close out qualification against weak San Marino on Monday. Albanians and Poles will seek to add triumphs to put pressure on Gareth Southgate’s men.

With just one stumble, against Macedonia in March, Hans-Dieter Flick’s men achieved an early World Cup qualification. Romania, Macedonia and Armenia are the teams with the best chances of getting a ticket to the playoffs, but Iceland, with more remote chances, dreams of joining at the last minute. (Bolavip)