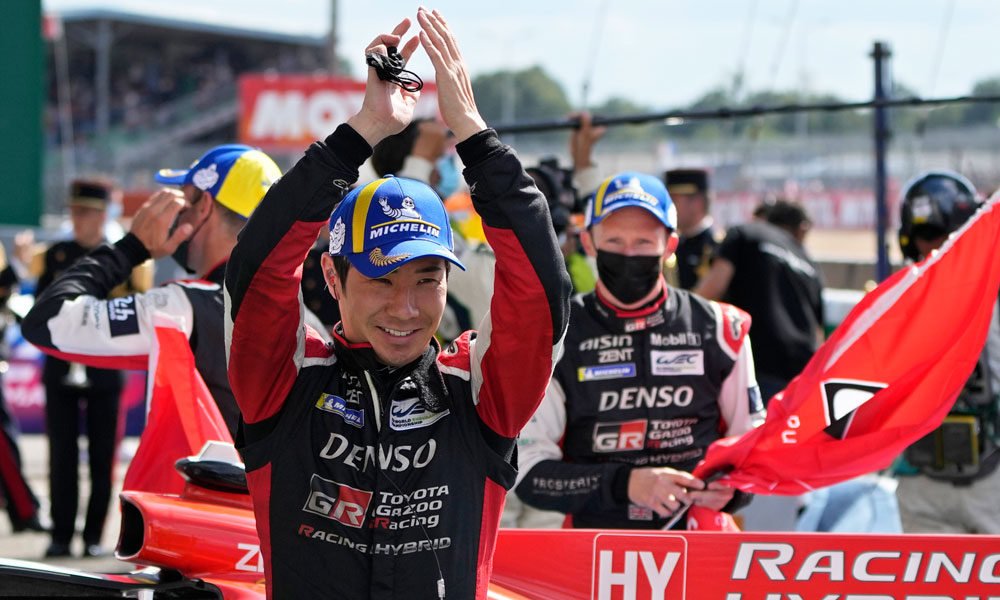 Finally! Unlucky in 2017, 2019 and 2020, the Toyota No. 7 of Argentine José María ‘Pechito’ López, British Mike Conway and Japanese Kamui Kobayashi managed to win the 24 Hours of Le Mans this Sunday, despite the concerns of the latter hours.

For the Japanese brand it is its fourth triumph in the French event, also the fourth in a row since 2018.

The No. 8 Toyota of the Swiss Sébastien Buemi, the Japanese Kazuki Nakajima and the New Zealander Brendon Hartley, and the Alpine No. 36 of the Brazilian André Negrao and the French Nicolas Lapierre and Matthieu Vaxiviere, completed the podium.

This 89th edition was held at the end of August instead of mid-June, delayed to be able to receive 50,000 spectators (20% of the usual number), despite the covid-19 and after the closed door of 2020.

After starting from pole position at 4:13 pm local time (2:13 pm GMT) on Saturday, on a soggy track, the No. 7 controlled the race. Neither the rain, nor a puncture in the first hours nor some supply problems on Sunday morning put in danger the triumph of ‘Pechito’, Kobayashi and Conway.

You can also read:  Coulthard, winner of the Race of Champions in Barbados

Neither are its rivals. The 8, triple winner of the test, could not pass second place, after a blow in the first corner.

The other two constructors participating in the new premier class of Hypercars, Alpine and Glickenhaus, also failed to put pressure on the favorites.

These teams also did not benefit from the reliability problem that the two Toyota had, which the team knew how to “skirt” to achieve this double.

Without a big builder as a rival since 2018, Toyota will face Peugeot next year before the landing of Ferrari, Porsche or Audi in 2023.

– Nice debut from Glickenhaus –
Will it be an advantage to be already in the championship, knowing that the regulations allow the vehicle to be polished but not to make it evolve?

For the technical director of the Japanese team, Pascal Vasselon, it is too early to comment.

“It is an advantage to be ready before the others because we can improve our knowledge of the rules and organize the team around them,” he considered. “On the other hand, our future rivals are watching us, they are going to learn and they will have the time to put it into practice in their vehicles.”

In fourth position came the Glickenhaus No. 708, belonging to the small American manufacturer Scuderia Cameron Glickenhaus, who was only contesting his third race in the WEC, the first at Le Mans.

The project by the American James Glickenhaus, 71, recognizable by his cowboy hat, deserves to be known.

His fortune, raised in the 1980s by producing and making films such as ‘Time to Kill’ and ‘The Protector’ with Jackie Chan, allowed this motor racing fan to fulfill his dream of racing his own vehicle at Le Mans, after attending on the run in 1969.

You can also read:  Rally driver was miraculously saved

In the LMP2 category, Team WRT won with only 727 thousandths of an advantage over the Oreca N.31, but failed to sign a double after the cruel finish for the N.41, which stopped on the track with only three remaining minutes to go.