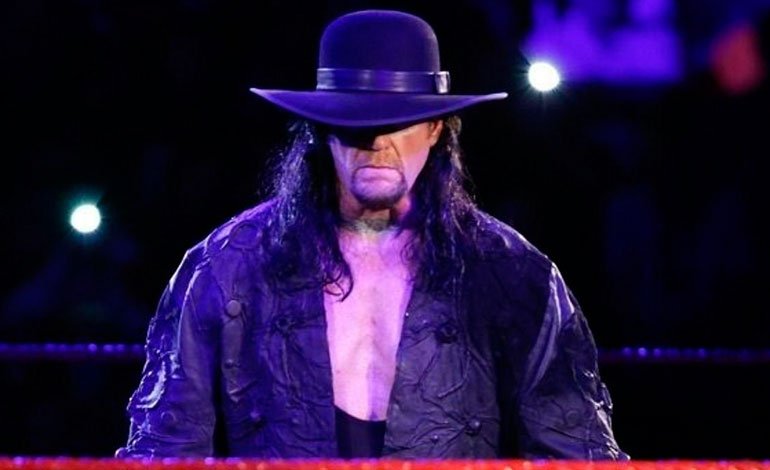 The popular The Undertaker said goodbye to the ring after three decades as the star of World Wrestling Entertainment (WWE), the world’s leading wrestling entertainment company.

“My time has come to let the Undertaker rest in peace,” said the fighter at the height of his farewell ceremony during the Survivors series, the same one in which he debuted in 1990.

Almost a score of historical figures from this show, such as The Godfather or Triple H, accompanied him in the ring in Orlando (Florida), surrounded by screens from where fans cheered and chanted the name of their idol.

At 55, Mark William Calaway, better known as The Undertaker, decided to hang up his character’s iconic hat and black trench coat, this time forever.

You can also read:  Canelo will fight on July 12

In 2017 he even announced his retirement after a lost fight against Roman Reigns in front of 75,000 fans but the next day Calaway backed down, refusing that his last image was that of a defeat.

His appearances since then have been sporadic, in a permanent combat against his physical deterioration and the impact of the fighting.

In three decades, this 2.06m and 140kg colossus has seriously injured his back and shoulders and fractured an ankle, as well as suffering muscle tears and burns three times from the fireworks of the shows.

He has also suffered concussions, such as when he had to go to the hospital in 2014 after his first loss in 21 matches at WrestleMania, where he holds the record of 25 wins.

You can also read:  Klitschko ready to fight Joshua for IBF title

From Hulk Hogan to The Rock, three generations of wrestlers fell victim to The Undertaker and his tricks in the ring, from his “guillotine” to “hands-free suicide jump” (jumping over the third rope).

His character from beyond the grave has also had a great impact on popular culture, inspiring video games, comics and movies. AFP (HN).