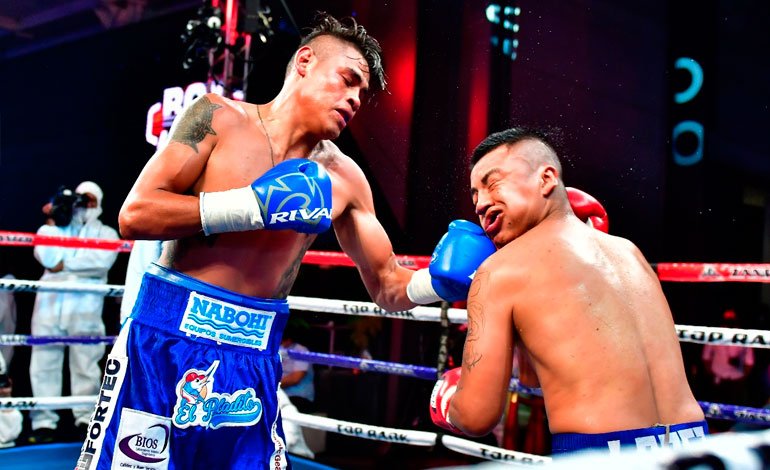 The world champion super bantamweight of the World Boxing Organization, Emanuel Navarrete, defeated Uriel López by knockout in six rounds in the main event of the function of the return of boxing to Mexico City.

In an evening held behind closed doors, “Vaquero” Navarrete came out to make a difference against “Yuca” López, a strong man who gave a good opposition to the favorite in a fight in the feather category.

After a first round of study, Navarrete took advantage from the long distance and from the fourth round increased the intensity; in the fifth he knocked down the rival and in the sixth he did it again to ensure the victory on the fast track and reach 32 victories, 28 by KO, with one defeat.

You can also read:  Pacquiao will clear doubts against Bradley

“I felt good, this is going to get better and better and they will see the Vaquero that they have always seen,” Navarrete said.

Behind closed doors and after meeting requirements to avoid the contagion of COVID-19, the card passed with the work of the judges in a virtual way and a ritual of cleaning the ring after each fight.

At the beginning of the card, Iván «Tsunami» García »beat Roberto Palomares 59-55, 59-55, 59-56, thus remaining undefeated in six professional fights, of which he has won half by knockout.

Although he lacked patience, Garcia was superior from long distance and soon took advantage of an opponent who added his fifth setback with the same number of wins.

You can also read:  Cuban boxing hits hard in the international arena

Chirino started slow, although he won the first round by knocking down his rival; In the second he combined well to once again make a difference in his favor and in the first minute of the third he decided the fight with a left-handed uppercut to reach 15 victories with one defeat.

In another lawsuit in the same division, Edwin Palomares became a punching machine to fast-track favorite Carlos «Chinito Ornelas, diminished by fatigue after winning the first round.

At 2,240 meters above the sea, Ornelas was dominated by a fighter who took the initiative from the second round and confirmed the victory in the fifth round.

You can also read:  VIDEO.- Floyd Mayweather's “Hot” party is all the rage on the networks

Next Saturday the super featherweight world champion of the World Boxing Council, Miguel «Alacrán» Bertchel, will face Eleazar «Tronco» Valenzuela and on July 4 the former world champion Jackie Nava will go against Estrella Valenzuela in the stellar matches of the next two functions , organized by the promoter Zanfer. EFE (HN)