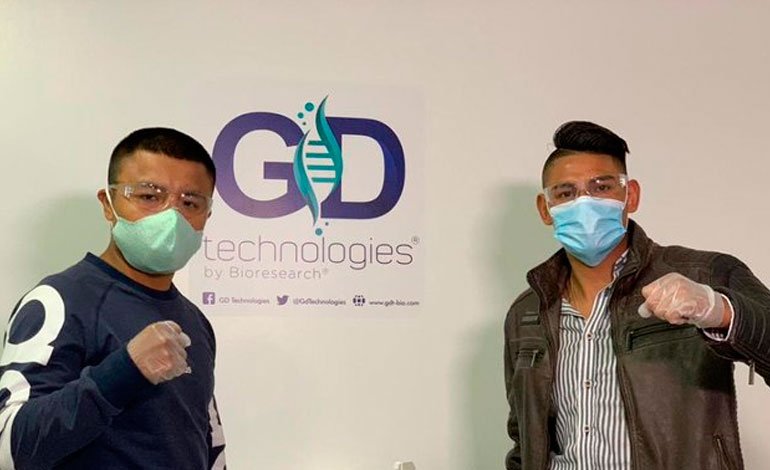 The world champion super bantamweight of the World Boxing Organization, Emanuel Navarrete, will face Uriel “Yuca” López this Saturday in the stellar fight of the function that will mark the return of boxing to the Mexican capital.

After more than four months without fights, boxing will return in a function behind closed doors in the studio of a television channel in which the «Vaquero» Navarrete, with 31 wins, 27 by knockout, with one loss, will come out as the favorite in a 10-round featherweight fight against López (13-13-1, with 6 KOs).

The billboard organized by the promoter Zanfer was preceded by a strict protocol to guarantee that there will be no contagion of coronavirus; the fighters and their coaches were isolated in individual rooms in hotels and they and the other participants were repeatedly examined.

You can also read:  Mayweather and Pacquiao will fight the most expensive fight in history

According to the World Boxing Council, the function will have the minimum number of protagonists, who received the go-ahead to participate after a follow-up of several weeks by doctors.

Navarrete, 25, won the WBO Super Bantamweight World Belt on December 8, 2018 by defeating Ghanaian Isaac Dogboe by unanimous decision, after which he advanced in five defenses, the last one on February 22 in Las Vegas. , where he defeated Filipino Jeo Santisima on the fast track.

The featherweight fight may be a preview of the future of the Mexican champion who will only remain in super bantamweight if they offer him good fights, otherwise he will move up in the category, as confirmed this week.

“Staying at 122 (super bantamweight) is something I am yet to decide, if an interesting fight appears, it will stay with me, otherwise there will be a future at 126 pounds (feather),” he told the media.

This Saturday’s undercard will be the first of three that will mark the return of the fighting, although at the moment only behind closed doors.

In other fights, also at featherweight, Carlos Ornelas, with 25 victories, 14 of them by knockout, and two losses, will face Edwin Palomares (12-3-1, 3 KO) and Sergio Chirino against Gustavo Alan Piña.

You can also read:  UFC debuts in New York with three title bouts

Next week the second of three cards is scheduled with the reappearance of the WBC super featherweight world champion, Miguel Bertchelt, who will have a fight as part of his preparation to expose the belt later against his compatriot Óscar Valdez.

The Bertchel-Valdez duel is one of the most anticipated in the second half of this year, but it still has no date to celebrate. Due to the expectations it arouses, the duel will be held with an audience. EFE (HN)