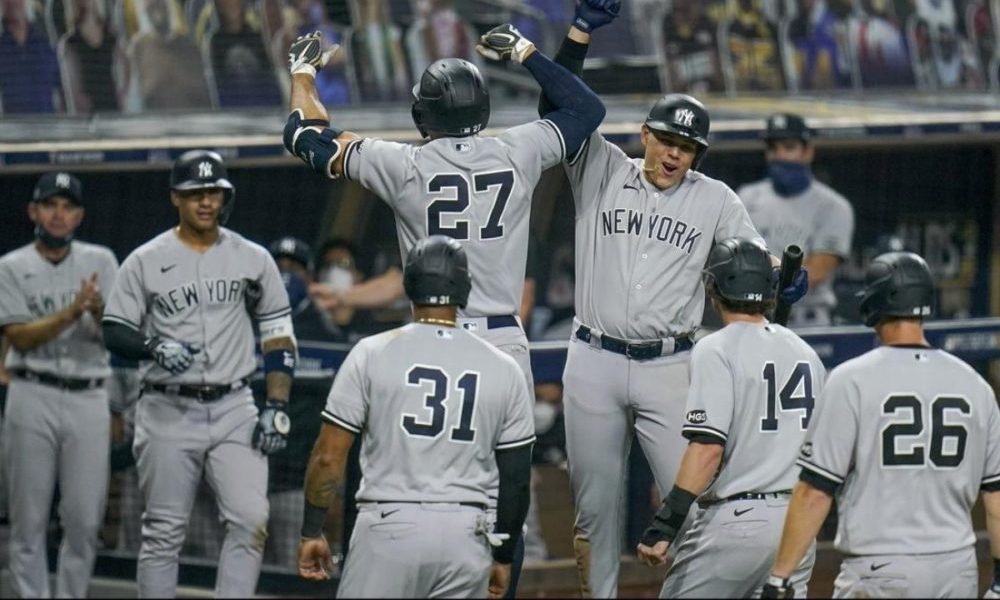 Despite a season of contrasts in which they closed with a big step, the New York Yankees, the team with the most championships in MLB, fell short in their attempt to return to the World Series for the first time since 2009.

Now, with their sights set on 2022, the Bronx Bombers have already identified their needs, and are even working on them. At the beginning of the general managers meetings, Brian Cashman assured that the team would draw the checkbook again with a considerable increase in payroll, money with which they are already making plans.

Just the year in which one of the best classes of shortstop in free agency has been presented, the Yankees have money and manager Cashman assured that they have already contacted the representation of two players in a group that includes greats. names like the Puerto Rican Carlos Correa and Javy Báez, as well as Corey Seager, Trevor Story and Marcus Semien.

You can also read:  Tiburones defeats the Cardenales de Lara and approaches the lead

Another option they may have is to land someone on an interim basis while two of their best prospects, Anthony Volpe and Oswald Peraza, continue their development processes in the minor leagues. Both are projected to reach the major leagues in the 2023 season, according to MLB Pipeline.

Before the trade deadline, the Yankees got Anthony Rizzo from the Chicago Cubs. That acquisition also had an expiration date and now the team has the internal option to cover the initial one with Luke Voit, who went through a very bumpy season in 2021 due to injuries.

Cashman assured that both team management and Rizzo himself felt comfortable with the work he did on offense, defense and in the locker room leading the clubhouse. The possibility of a comeback is latent and even the Yankees have already made first contact with their agent. In addition, recent reports indicate that the team would be interested in making a trade for Matt Olson, top 10 home runs in the last three seasons.

The Yankees leadership knows that center field is one of the biggest weaknesses when thinking about the 2022 season. Injuries limited Aaron Hicks to action in 145 games the past three seasons.

The ranger appears to be close to fully recovering from left wrist surgery, but the Bronx Bombers’ roster lacks depth at position. Catcher One of the most discussed positions in the last couple of seasons is the receiver tandem made up of Kyle Higashioka and Gary Sánchez, who would be seeking a salary increase in his final year eligible for arbitration before becoming a free agent.

The Kraken could be part of a trade or the board could simply make him a free agent if they don’t offer him a contract by Dec. 1. https://www.septimaentrada.com

You can also read:  Right-handed Stephen Strasburg to surgery and says goodbye to 2021 season