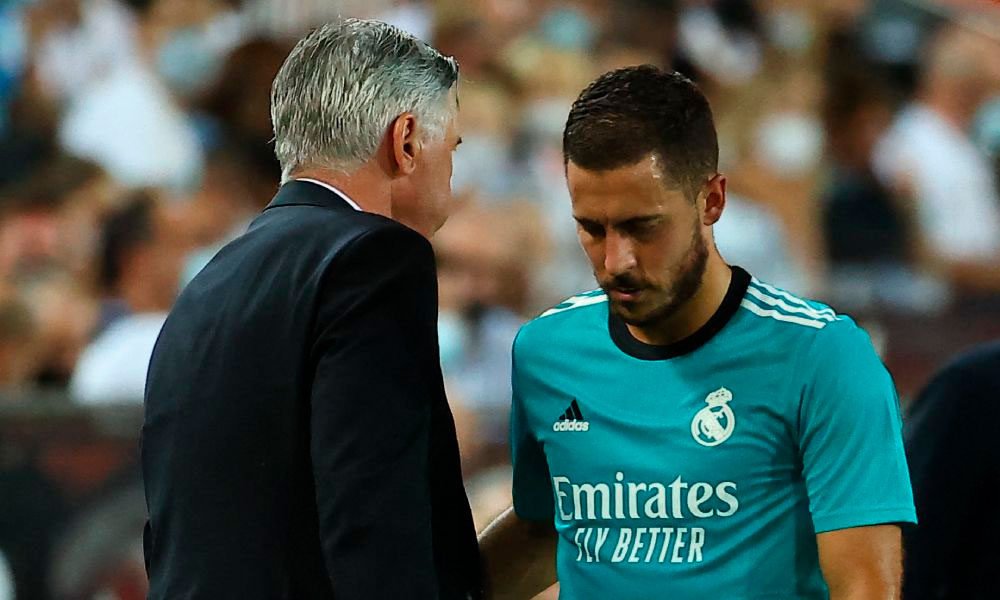 Although Real Madrid is very close to the top in La Liga and leads its group in the Champions League, the team’s performance at the beginning of the season was highly criticized, as was the individual performance of some of its figures.

That is the case of Eden Hazard, who was losing prominence in the squad and has not been gravitating in the minutes he had at his disposal. Edu Aguirre, from El Chiringuito, exposed the intern that is in the Merengue these days and the attitude that he shows daily.

And then he commented on the sensation of the coaching staff about the Belgian player, who lost his position to Vinícius Jr: «The coaching staff has thrown in the towel with Hazard, they are not going to give him another minute. There is a discomfort with Hazard’s attitude in training. He irritates some colleagues with the way he trains.

But that was not all. After that, he revealed that there are two other Real Madrid footballers who do not conform in practice: Isco and Luka Jovic. «You can see that they have a certain passivity in training. Isco is true that he started motivated in the preseason, but with the pain in his neck and low back pain, the dressing room feels that he does not want to. Jovic is literally walking, ”Aguirre reported. (Bolavip)