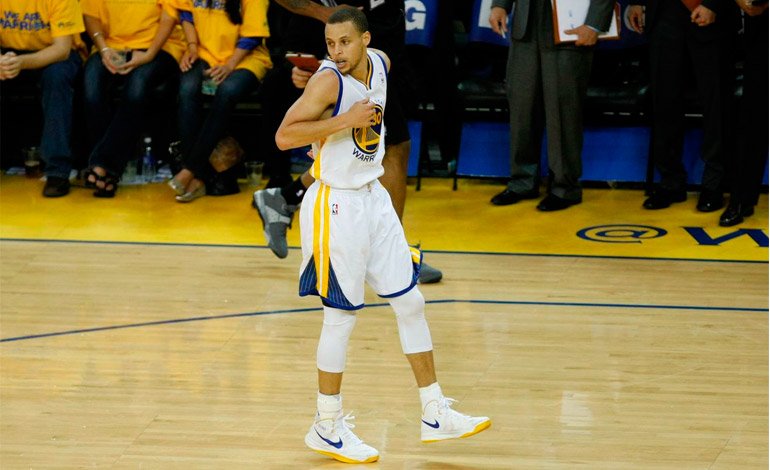 The Golden State Warriors ruled out that their star guard, Stephen Curry, suffered an alarming right ankle injury that was sprained last Saturday during the first game of the first round of the playoffs against the Houston Rockets.
Although the current NBA Most Valuable Player (MVP), who is waiting to revalidate the same award for the second consecutive season, is still in pain, the Warriors reported that the latest medical tests he underwent did not show anything alarming about towards his recovery.
However, Warriors coach Steve Kerr is keeping him a doubt for Game 3 of the best-of-seven series to be played at the Toyota Center in Houston.
Curry did not play last night in the second game that the Warriors won 115-106 after not feeling comfortable during the team’s regular warm-up before the game.
The victory, which gave the Warriors a 2-0 lead, still gives the defending league champions more time for Curry to make a full recovery.
Warriors coach Steve Kerr admitted that was the team’s goal, to give Curry as much time as possible so he can recover and hit the field with little discomfort.
“We’ll see how it evolves in the coming days and, if it’s not right, the 2-0 lead gives us more room not to use it,” Kerr said after Monday’s win.
But that will depend on his health, not how the series is going. Everything will depend on what the trainers say and what Steph (Curry) says about how he feels, “he added.
The Warriors admitted that any physical problem Curry has with his right ankle, which he already had surgery on twice during the 2011-12 season, is always a cause for concern.
Curry’s place – the team’s top scorer in the regular season with 30.1 points – as a starter was filled by point guard Shaun Livingston who had 16 points and six assists.
Livingston helped in the offensive game of the Warriors that had shooting guard Klay Thompson as the leading scorer by getting 34 points and five assists.

You can also read:  Love imposes individual mark and Warriors several of team