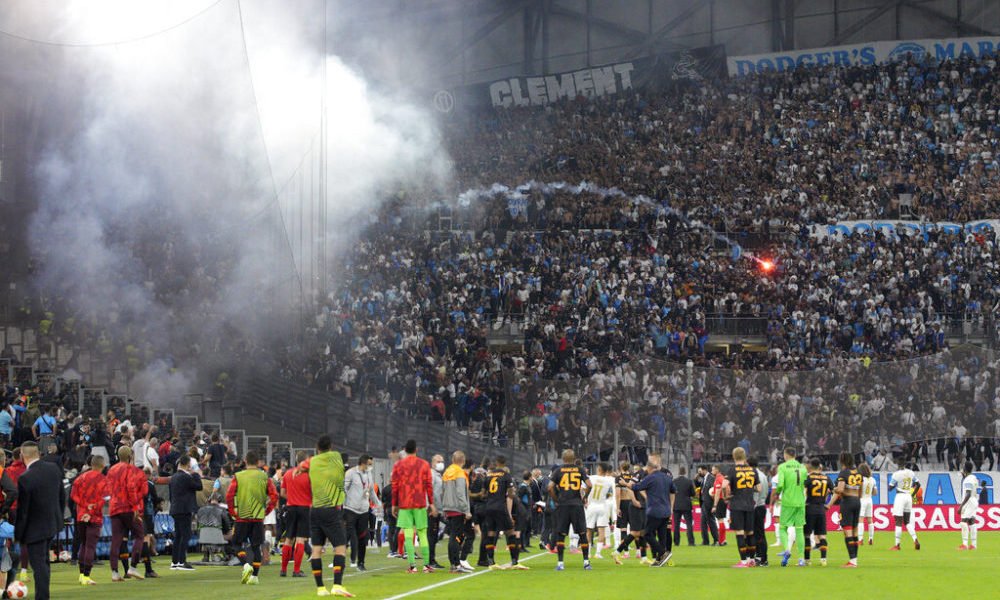 The Europa League game between Marseille and Galatasaray was interrupted for about 10 minutes on Thursday when rival fans attacked each other with flares and firecrackers at the Velodrome stadium.

The match resumed and ended 0-0, but some groups of rival fans continued to fight inside the building, more than 30 minutes after the final whistle.

Although security was tightened and it was arranged to separate some 2,500 visiting fans from the Marseille supporters, the sides threw objects at each other near the end of the first half.

You can also read:  A bill seeks to rename the Maracanã stadium with the name of Pelé

Galatasaray coach Fatih Terim went to the sector where the fans of the Turkish club were to ask them to calm down and Marseille captain Dimitri Payet did the same.

The game resumed with eight minutes remaining in the first half, although some firecrackers could still be heard.

Security employees and some Marseille fans got into scuffles early in the second half.

Moments before the final whistle, Galatasaray forward Mbaye Diagne and Marseille defender William Saliba held on and struggled near a touchline.

Marseille supporters staged recent acts of violence during the team’s visit to Angers in a French league match.

Serious disorders also occurred during the Nice-Marseille match last month. The meeting was suspended and will resume next month.

You can also read:  Reinaldo Rueda: «We are very hurt»

In another match this month, rival fans tore seats and threw them at each other during halftime of the North Classic between Lens and Lille.

Turkish ultras often travel in large groups. Fights broke out before the meeting between Paris Saint-Germain and Galatasaray two seasons ago, and when Lyon hosted Besiktas four years ago. (AP)