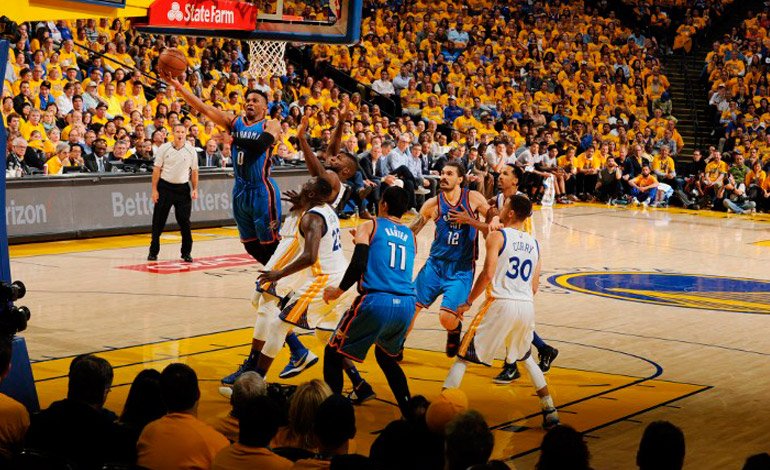 Point guard Russell Westbrook with a double-double of 27 points, 12 assists and seven ball recoveries led the Oklahoma City Thunder who beat the Golden State Warriors 102-108 at home in the first game of the finals of the Western Conference.
The victory allows the Thunder to keep the home field advantage in the series that they will play the best of seven games and the second will be played next Wednesday on the same stage at the Oracle Arena in Oakland.
Forward Kevin Durant with another double-double of 26 points and 10 rebounds was the second best scorer for the Thunder, who overcame a 13-point deficit in the second half (60-47) with which they reached halftime.
The top scorer for the Warriors was point guard Stephen Curry who contributed a double-double of 26 points, 10 rebounds and seven assists, while shooting guard Klay Thompson reached 25 as the second highest scorer on the team for the current league champions and of the Western Conference. EFE

You can also read:  NBA changes ball after 37 years