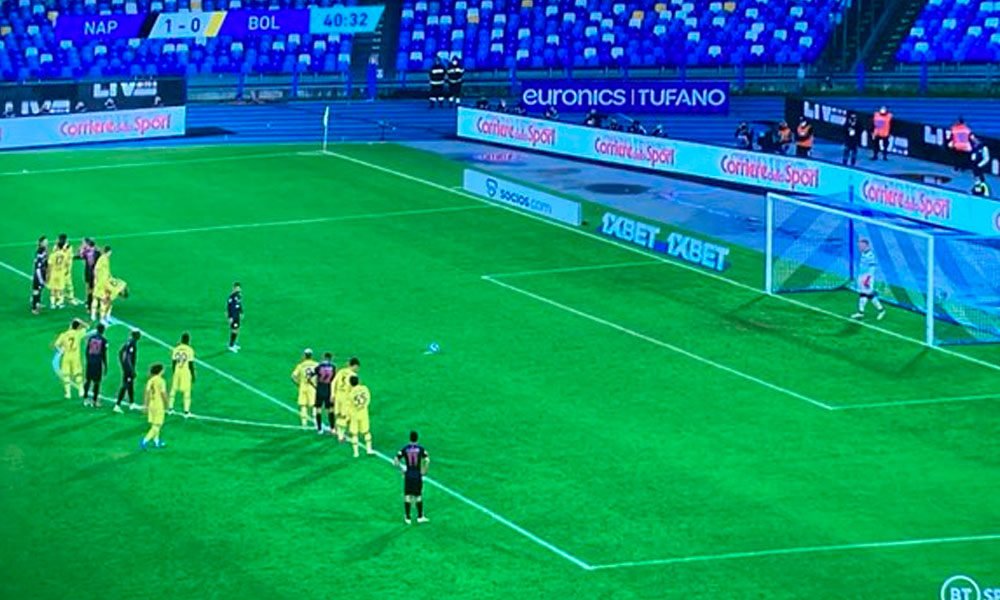 In Italian football, controversies around refereeing are common, but in recent days they have focused mainly on one question, that of whether the ‘men in black’ whistle penalties too lightly and misuse video assistance .

“We are only in November, only eleven games have been played, we are not in March when the title and permanence are played, and the referees are already under the storm,” Corriere dello Sport confirmed on Tuesday.

Talking, debating, protesting or commenting on arbitrations is a true passion in Italy, the country of ‘moviola’, that term used to slow down images and, by extension, for any analysis of decisions on television and in the press .

In recent weeks there has been no shortage of material for these debates.

Especially about a debatable penalty awarded at the end of the game to Juventus in the recent duel against Inter Milan (1-1), which allowed Paulo Dybala to save a point for the Turinese at the Giuseppe Meazza stadium.

Several controversial decisions also added pepper to the Roma-AC Milan (1-2) duel last weekend: a penalty awarded to the ‘rossoneri’ for a slight foul on Zlatan Ibrahimovic and another penalty not called for the ‘Giallorossi’ in another action similar to the one that was called in favor of Juventus against Inter.

One issue crystallizes the criticism: the ease with which the Italian referees would be taking penalties in the areas, conceding too many “rigorini” (small penalties).

According to La Gazzetta dello Sport, Serie A is widely at the top of the number of penalties awarded this season in the five major European national championships, with more than twice the maximum penalties than in England or Germany.

Players who are active in clubs that compete in the European Champions League seem to see the differences between refereeing in Italy and that practiced in European competitions, where the referee’s whistles are less common than in ‘Calcio’.

According to the media, those responsible for the Italian referees would like more coherence.

“The request of the leaders is clear: we must put an end to the attempts of the attackers to put their foot between the defender and the ball only to be touched. This is not a criminal offense, it is a hoax, ”wrote La Gazzetta dello Sport deputy editor Andrea Di Caro in a recent editorial.

You can also read:  UEFA will double the financial allocation for the 2022 women's Eurocup

“In penalties we have demanded a high threshold, we want penalties to be very serious,” said Gianluca Rocchi, in charge of the appointment of arbitrators, at the beginning of October.

This leader insisted on the importance of video assistance (VAR) to correct any errors, but on this point there are also criticisms.

Inter Milan coach Simone Inzaghi, speaking of the ‘famous’ penalty against his team in the duel against Juventus, lamented an excess of zeal for video assistance when “in the action the referee was very close and had said that everything was going well ».

The Corriere dello Sport considers it unimaginable to deprive itself of the VAR today but suggests that it be “limited”: for example, limiting its recourse to “two or three claims per team, as is the case in several professional sports.” AFP (HN)