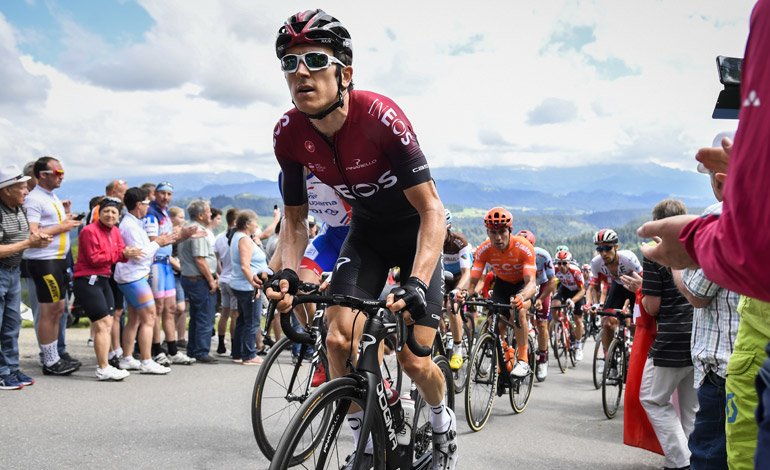 Tour de France champion Geraint Thomas suffered a fall during a race, days after teammate Chris Froome was involved in an accident that ended his season in France.

Team INEOS reported that Thomas had to withdraw from the fourth stage of the nine-day Tour of Switzerland.

Thomas “was conscious and spoke to the team after the accident and will be taken to a hospital for review,” the team tweeted.

The British rider’s jersey ripped and he had injuries to his back and shoulder after he fell to the ground with about 30 kilometers (18 miles) remaining in the race. He was in eighth place, 28 seconds behind leader Peter Sagan.