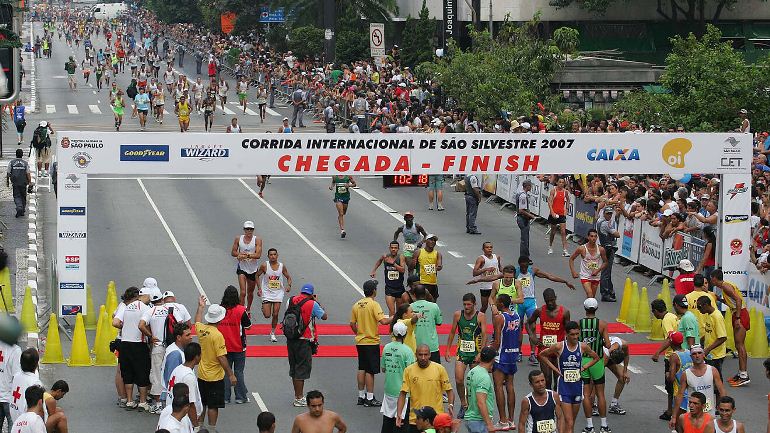 The 96th edition of the San Silvestre de Sao Paulo, the main street race in Latin America, postponed due to the pandemic from December 31, 2020 to July 11, will finally be held on December 31 of this year.

“The current conditions of the covid-19 pandemic, the time necessary for the preparation of the runners and the concern with the health of all those involved ended up being decisive for the change of date,” the organizers said in a statement released this Friday .

“Recent indicators suggest that a large part of the population will be vaccinated in the second semester and the right path is to reschedule the run,” added the bulletin.

You can also read:  Allyson Felix announced retirement at the end of the season Brazil is barely emerging from the second wave of the coronavirus pandemic, which has already left more than 430,000 dead in the country.

San Silvestre usually summons thousands of Brazilian and foreign athletes to run through the streets of the economic capital of Latin America.

In addition to the participants, hundreds of people congregate around Avenida Paulista, the city’s postcard, to encourage the competitors and prepare for the new year.

Promoted by the journalist Cásper Libero, the first São Silvestre was held on the night of December 31, 1924, after the founder of the daily Gazeta Esportiva attended a night race in Paris.

The test, baptized with the name of the saint who died on December 31, had been held continuously since then until the landing of the covid-19.

The competition has suffered alterations in its schedules. In 1989 it was organized in the afternoon for security reasons, and since 2012 it has been held in the morning to escape the high temperatures of the São Paulo summer. (GG) (AFP)