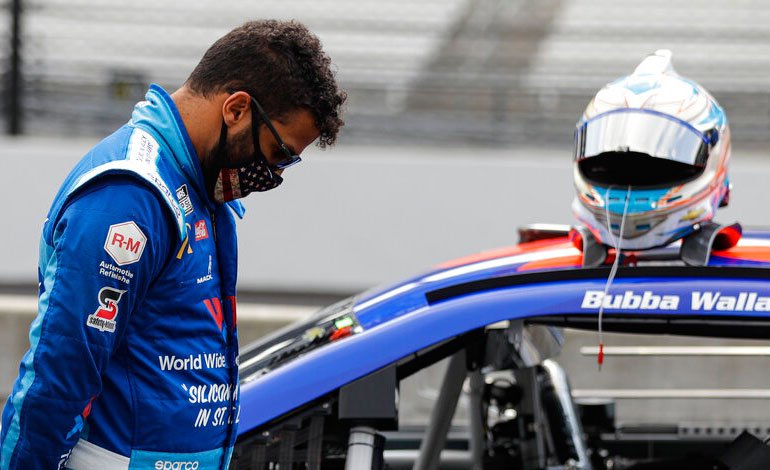 US President Donald Trump said the only black driver in the NASCAR series, Darrell ‘Bubba’ Wallace, should apologize to his teammates for the controversial finding of a rope in his garage, which the FBI determined was not a racist crime. .

The rope, which was shaped like a gallows knot, was found in the driver’s garage shortly before starting a race at the Alabama circuit and sparked great outrage in the context of national protests against racism in the United States as a result George Floyd’s crime.

Dozens of teammates supported Wallace on the track. However, shortly after an investigation, the FBI determined that the rope had been hanging in the garage months before the June 23 race at the Talladega Superspeedway in Alabama.

You can also read:  Verstappen dominates the Mexican Grand Prix

“Has Bubba Wallace apologized to all those great NASCAR drivers and officials who came to his aid, sided with him, and were willing to sacrifice everything for him, only to find the whole thing was just another DECEPTION?” Trump wrote on Twitter.

The noose was discovered after Wallace successfully campaigned to ban the use of the controversial Confederate flag at NASCAR events, a sport popular with conservative Americans.

Trump added in his tweet that the flag ban and rope controversy had “caused the lowest audience ratings of all time.”

The president’s comments came after his two tough speeches on Independence Day weekend, which critics say were an attempt to stoke fear among his white fan base, four months before the presidential election.

Last week Trump, who ranks behind Democrat Joe Biden in the polls, shared a video of his supporters chanting “white power” before erasing it after protests.

NASCAR President Steve Phelps claimed after the FBI investigation that “the rope was real” and “our initial reaction was to protect our driver.”

The United States has been rocked in recent months by the largest demonstrations in decades against racism and police brutality in the wake of the murder of African American George Floyd at the hands of a white Minneapolis police officer in May.

In the marches there have been attacks on relics of the history of slavery in the country, such as the Confederate flag and statues of the generals of the Confederacy.

You can also read:  Andreas Mikkelsen, leader after the first day

Trump has called the movement a “leftist cultural revolution” and vowed to oppose it. AFP (HN)