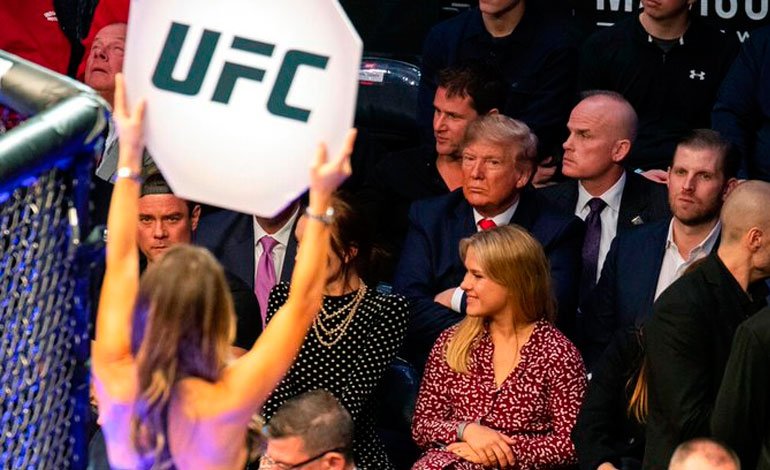 US President Donald Trump was booed for the second time in a week at a sporting event while attending a mixed martial arts (MMA) fight in New York.

Trump raised his fist and waved to the spectators as he entered Madison Square Garden.

There was no repeat of the “lock him up” chants from the crowd when he attended a World Series Baseball game last weekend, but was the subject of loud boos.

However, many mixed martial arts fans clapped and cheered as the president sat down about four meters from the cage.

Several dozen people carrying banners with captions such as “Trump / Pence Out Now” and “Lock Him Up” demonstrated outside Madison Square Garden, where the president attended with his sons Donald Jr. and Eric. AFP

You can also read:  Argentine ex-boxer sentenced to 18 years in prison for abusing his daughter