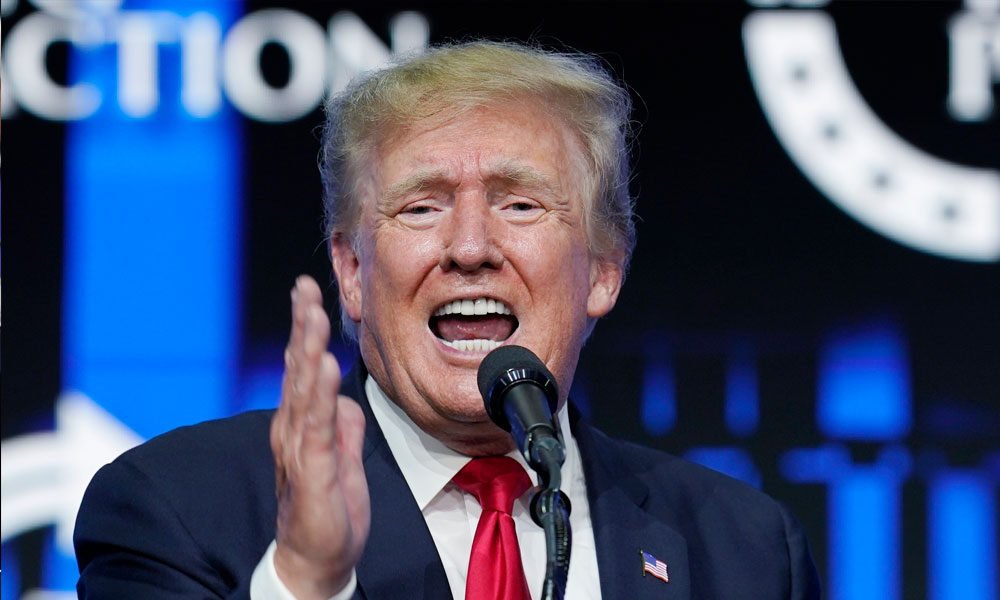 Former US President Donald Trump will serve as a commentator on Saturday’s boxing feature, a card spearheaded by former heavyweight champion Evander Holyfield, 58.

Trump will be accompanied by his son, Donald Jr., in Hollywood, Florida for the alternate broadcast of the four-fight card, which will be available on FIRE.TV in a pay-per-view mode. According to FITE.TV, the cost of the fight will be $ 49.99 and will be available through mobile phones and on the Smart TV application.

Trump father and son will be in place of the fight.

“I love great boxers and great fights. I’m excited to see that on Saturday night and to share my thoughts by the ring. They will not want to miss this special event, “the former president said in a statement.

You can also read:  Rakhimov, the only candidate to preside over the International Boxing Federation

The fight was originally going to be played in Los Angeles and was to be spearheaded by Oscar de la Hoya’s return to the ring to face Vitor Belfort, the former UFC champion, but De La Hoya dropped out after being hospitalized with COVID -19. Holyfield came in as a late replacement, leading to more changes.

The card changed to the Hard Rock Hotel and Casino in Florida after the California Athletic Commission refused to approve the fight due to Holyfield’s age. The former light heavyweight and heavyweight champion turns 59 in October and hasn’t fought since 2011. His match against Belfort is scheduled for eight two-minute rounds.

You can also read:  Pacquiao says that "only danger" of changing rival is that Cuban Ugás is right

Trump has a long history with boxing having hosted and promoted several fights over the years, most of them in his dueling casino in Atlantic City. Trump does not have any other events scheduled for Saturday, the 20th anniversary of the 9/11 attacks.

Recently FITE.TV was acquired by Triller. The video distribution service has a history of using celebrities to narrate boxing fights. It previously featured Snoop Dog and Pete Davidson from “Saturday Night Live.”

The other scheduled fights are: Anderson Silva vs. Tito Ortiz. David Haye vs. Joe Fournier and Andy Vences vs. Jono Carroll. AP (HN)