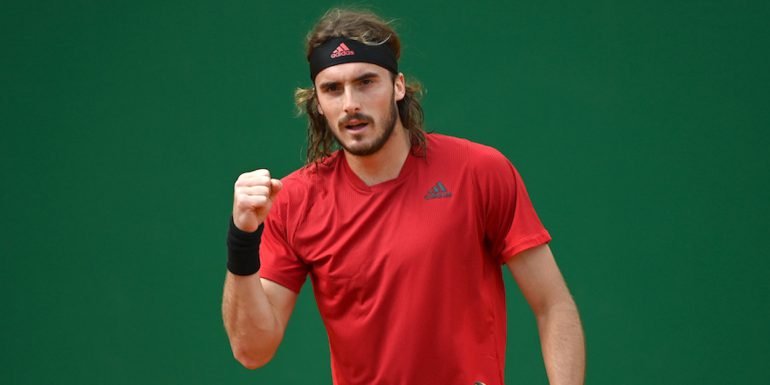 The Greek Stefanos Tsitsipas (world number 5) and the German Alexander Zverev (6th) will play one of the semifinals of Roland Garros after a quarter-final day, this Tuesday, in which the Spanish Paula Badosa and Alejandro Davidovich were eliminated.

At 22 years old, Tsitsipas, the player with the most victories on the circuit this season (38) and two titles on clay (Monte Carlo and Lyon), qualified for his second consecutive semifinal in the Parisian tournament, defeating Medvedev in three sets. , by 6-3, 7-6 (7/3) and 7-5.

«I was facing one of the best players on the circuit. I had to maintain the intensity and raise my level of play throughout the game. I have not given him many spaces, it is one of my best games of the week, I am very happy. Playing on clay in Paris brings back good memories, I hope to go even further, ”said Tsitsipas.

The 25-year-old Medvedev, who had never won a match at Roland Garros until this edition, showed that he has made a lot of progress on clay, but still has to face specialists like Tsitsipas.

You can also read:  Nadal: "I arrive in Paris with my homework done"

The Greek subtracted better (43 remains winners to 27 for the Russian) and made fewer unforced errors (24 to 44), showing more solid with his game, especially in key moments.

Tsitsipas’ rival will be Zverev, who in the men’s first quarter-final did not give the young Spaniard Alejandro Davidovich (46th) a chance, whom he clearly defeated 6-4, 6-1 and 6-1.

Davidovich, 21, who was playing a quarter-final in Paris for the first time, played physically impaired after the effort made to beat Argentine Federico Delbonis in the previous round.

“Physically he was broken,” admitted the young man from Malaga, who could only put up some resistance in the first set.

Zverev, who started the tournament at half throttle and was about to fall in the first round against his compatriot Oscar Otte (whom he beat in five sets), has gone from less to more throughout this Roland Garros and from that first meeting no longer has lost any set again.

You can also read:  Wozniacki eliminated in the last 16 at Eastbourne

In 2021, the German has already achieved two tournaments, hard in Acapulco and, more importantly, the Masters 1000 in Madrid on clay, defeating even in the quarterfinals the great specialist on this surface, the Spanish Rafael Nadal.

In the women’s team, Paula Badosa (35th) was left without the possibility of contesting her first semifinal in a Grand Slam after losing against the Slovenian Tamara Zidansek (85th) by 7-5, 4-6 and 8-6 in 2 hours and 26 minutes of a tough match.

Badosa will have to wait for a new opportunity to try to become the third Spanish tennis player to win in Paris, after the three titles of Arantxa Sánchez Vicario (1989, 1994 and 1998) and the most recent of Garbiñe Muguruza (2016).

In almost two and a half hours of fierce fighting on the Parisian clay, Zidansek was more successful with his winning shots (48 to 31 for the Spanish) and made fewer mistakes (39 to 47) to take a very close match that could have fallen to either side.

You can also read:  Wozniacki: "Sharapova sanction is sad for tennis"

“I have become great,” admitted Badosa at a press conference, acknowledging that she was “very nervous since last night.”

“It is the best result of my career, but perhaps it is the day that a defeat hurts the most because I have always dreamed of playing last rounds of the Grand Slam and I have had it very close,” he added.

Zidansek, who had never reached a Grand Slam semifinal, will play for a place in Saturday’s final against Russian Anastasia Pavluyuchenkova (31st), who in another marathon match beat Kazakh Elena Rybakina (21st) 6-7 (2/7), 6-2 and 9-7.

Neither the Slovenian (23 years old) nor the Russian (29) had ever reached a semifinal of a great, so there will already be at least one unexpected finalist next Saturday. (GG) (AFP)