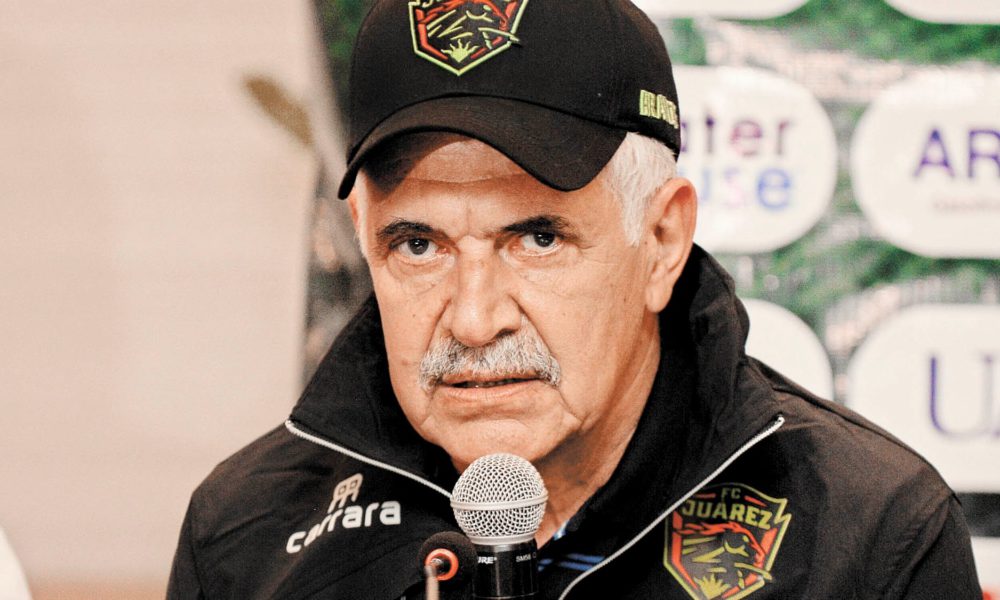 Ricardo Tuca Ferretti, coach of FC Juárez, was sanctioned with three suspension matches, by the Mexican Soccer Federation, due to the discriminatory comments he made in the conference after Tigres against Bravos.

“Mr. Ricardo Ferretti is sanctioned financially and with three suspension matches, which he must comply with in the immediate next meetings, for having transgressed the provisions of Article 1 of Appendix III” Racism and Discrimination “of the FMF Sanctions Regulations, in force for the 2021-2022 Season and article 6 of the Code of Ethics “, reported the Disciplinary Commission.

Ferretti had engaged in homophobic behavior, which provoked various reactions on social networks. After an investigation, the Disciplinary Commission decided to sanction the Bravos de Juárez coach.

“Mr. Ricardo Ferretti is warned about his future conduct, since in the event that this type of action is committed again, the Disciplinary Commission may impose more severe sanctions against him,” the FMF reported. .

Ferretti made “discriminatory” statements in the post-match conference between Tigres and Bravos de Juárez, corresponding to Day 17 of Apertura 2021. The coach of the La Frontera team commented that it was “a joke”, but clarified that he would accept any sanction against him for that act.

«I accept, it was inappropriate, I will be more careful when I go to an interview in Monterrey, be more careful with this, maybe the jokes nowadays are no longer valid, because people are offended and this is my responsibility, for what he represented in Mexican soccer, I must not make inappropriate comments. I apologize to all the people who were offended, “said Ricardo ‘Tuca’ Ferretti, coach of the Bravos de Juárez, in an interview with ESPN Digital.

The Disciplinary Commission took four days to resolve the situation, after analyzing the case and conducting an ex officio investigation. In the Liga Mx they clarified that they were going to be aware of the sanction that Ricardo Ferretti would receive, so that no one close to Mexican soccer would be insulted again. (ESPNDEPORTES)