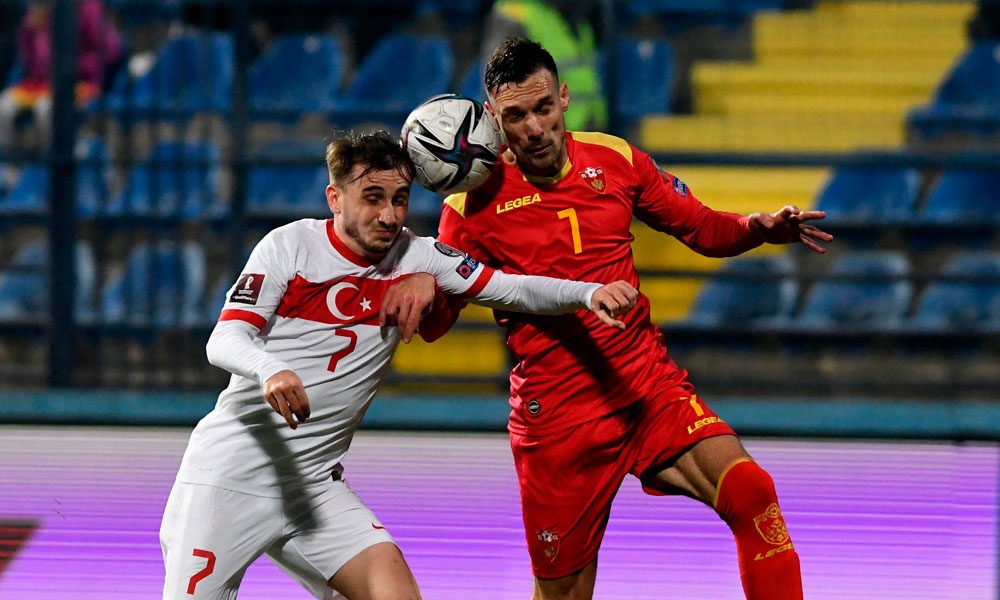 The Turkish team qualified for the play-off of the European qualifying phase for the World Cup in Qatar 2022, after beating Montenegro 1-2, in a match in which the Ottomans were already behind on the scoreboard after four minutes of game.

Quite a setback for the German Stefan Kunz, who arrived in Podgorico with the aim of ensuring the play-off, but to achieve the direct ticket in the event of a defeat of the Netherlands against Norway.

Cabal that barely took four minutes to be truncated, which took the Montenegro team, with nothing at stake, to get ahead on the scoreboard with a goal (1-0) from forward Fatos Beciraj after taking advantage of a pass from Atlético Stefan Savic.

You can also read:  Bayern eliminated and thrashed ...

But Turkey, which has not played in the final phase of a World Cup since a historic third place in South Korea and Japan in 2002, was not willing to say goodbye to the World Cup so easily.

Thus, in the 22nd minute, Galatasaray striker Kerem Akturkoglu equalized the contest (1-1) by culminating with a powerful shot from a pass from Abdulkadir Omur.

A goal that started the comeback of the Ottoman team that was responsible for culminating in the quarter hour of the second half the Dutch Feyenoord midfielder Orkun Kokcu by establishing the final 1-2.

A result that did not help Turkey to obtain the direct ticket to Qatar 2022, which went to the Netherlands after their victory (2-0) over Norway, but to secure a place in the play-offs.

You can also read:  Miles Robinson very happy for the United States' winning goal over Mexico in the Gold Cup

Referee: Daniel Siebert (GER). He showed a yellow card to Osmajic and Vukotic for Montenegro.

Incidents: Match corresponding to the tenth and last day of group G of the European qualifying phase for the Qatar 2022 World Cup held at the Gradski stadium in Podgorica. EFE (HN)

You can also read:  Messi: "We will fight to win every game"