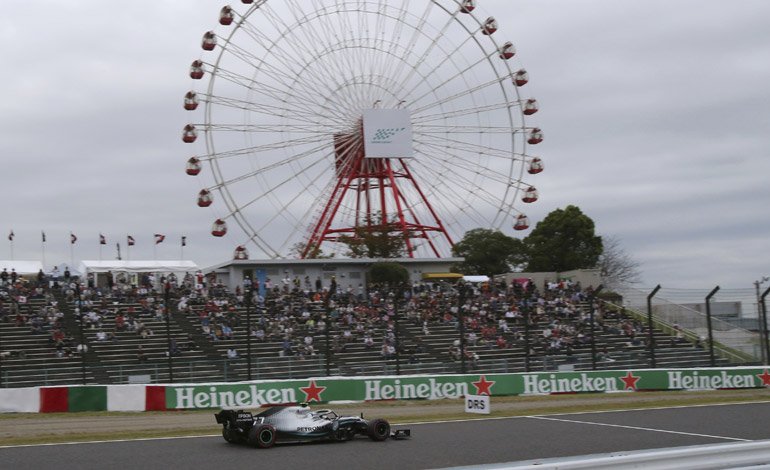 With the Suzuka circuit closed due to Typhoon Hagibis, the Formula One Japanese Grand Prix was left in a waiting pattern and with the drivers spending the day in their hotels.

Organizers canceled the qualifying session as the typhoon was scheduled to hit the main island of Japan that day and Sunday. The race is planned to take place as scheduled on Sunday at 2pm (0500 GMT), with qualifying hours ahead.

Hagibis, which could dump rain in amounts not seen since a deadly 1958 typhoon, is expected to make landfall off the coast of central or eastern Japan in the Pacific on Saturday night, the local Meteorological Agency said.

You can also read:  Ogier leads the World Rally Championship before the Swedish test

Signs were posted on the circuit on Friday to alert fans that all activities on Saturday had been canceled.

“We had an unexpected day off on Saturday, but I’m sure the team will keep me busy,” said Valtteri Bottas of the Mercedes team after leading the final practice session on Friday. “But we will be looking at the information and making the most of it.”

If qualifying takes place on Sunday, the drivers will have a very hectic day. But it is not unprecedented.

Qualifying at Suzuka had to be scheduled on Sunday morning due to bad weather in 2004 and 2010.

You can also read:  Renault strengthens for 2011

If qualifying on Sunday is canceled, race administrators may use qualifying from the second practice to determine positions on the starting grid.

Mercedes confirmed that it removed the front and rear panels of its garage, as well as being careful not to leave materials on the floor to avoid damage in the event of a flood. The other teams planned to do the same.

Some pilots expressed their desire to return to Tokyo on Saturday, but that was complicated because the typhoon was to hit the Japanese capital overnight.

Train and plane services between Tokyo and Nagoya have been suspended.

You can also read:  Accident sends Sebastien Ogier and his co-pilot to hospital

“I will probably organize a FIFA tournament with some of the other drivers,” he said. “We can’t change the weather and it’s out of our control, so now we just have to see what will happen on Sunday.” AP