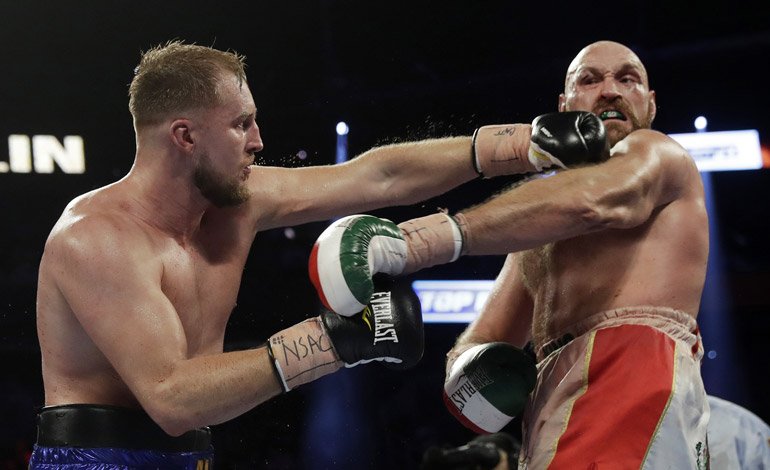 Tyson Fury overcame a gap over the right eye to deliver a unanimous decision victory to Swede Otto Wallin and set up a lucrative replay of his heavyweight bout against Deontay Wilder.

Fury remains undefeated after 29 fights and maintained his heavyweight title aspirations against a little-known fighter who gave the Englishman all the fight he could manage.

As blood ran down his face, Fury dominated from the middle rounds in a fight that was expected to be little more than practice for the replay of his duel with Wilder in February. He started the fight as a 30-1 favorite, but after suffering the cut in the third round he had to work hard to achieve victory.

You can also read:  Boxing mourns the death of José Sulaimán

The Brit received the cut over his right eye in the third round, which clearly bothered him for the rest of the fight. Blood trickled down his face and stained his breeches. Fury kept rubbing the cut in an attempt to keep the blood out of his eye.

Referee Tony Weeks stopped the fight briefly in the sixth round for the doctor to take a look at his eye. Upon resuming the fight, Fury picked up the pace, seemingly realizing that he might run out of time.

With renewed determination, he kept the pressure on Wallin until the end to secure a profitable fight against Wilder, with whom he was tied in December. AP