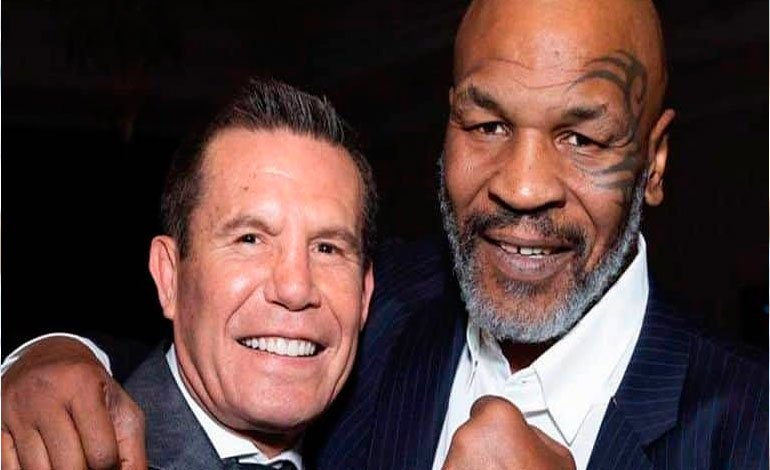 The legend of Julio César Chávez continues to give something to talk about and his brilliant exhibition fights against Jorge “El Travieso” Arce did not go unnoticed by Mike Tyson, who is looking for him to be part of his boxing card.

During the radio program, “Campana a Campana” on TUDN, the former Mexican world champion revealed that in a few months he will get back in the ring for an exhibition match.

The news surprised locals and strangers, since the two boxing legends would be preparing a quality show for lovers of boxing.

“Mike Tyson marked me to go fight in his exhibition. I spoke with him a week ago and we were very happy to say hello, he told me to continue preparing because he could call me when he least thinks about it, ”Chávez explained to the audience.

The Mexican acknowledged that he maintains a great friendship with the former heavyweight champion, as he supported him when he was imprisoned for a conviction of sexual abuse.

You can also read:  De Niro, on his performance in "Mano de Piedra": "Sometimes it is painful to see my films again"

“Tyson is very fond of me, when he was in jail I bought him a Rolls-Royce and his lawyer I gave him $ 5,000. He will always be very grateful, not for that, but because we are great friends, ”said Julio César when questioned about his friendship with the American.

Similarly, the “César del Boxeo” reported that on one occasion Mike Tyson went to Culiacán to witness a fight of his. “We share many fights, every time he sees me he hugs me with great euphoria,” he concluded.

BATTLES WITH THE NAUGHTY MAPLE

Both legends gave a first-rate show, as at the beginning of this year they starred in a match that filled the Mexican public with emotion. Former Mexican boxers gave life to an event called “Duel of Legends.”

On that occasion, Julio César Chávez and Jorge “El Travieso” Arce came out with their arms raised and the applause of the attendees. Both received a world championship belt, as a kind of tribute to their careers.

You can also read:  Lucas Matthysse knocks out Molina

Despite the fact that it was an exhibition fight, the Mexicans surrendered in the ring and immortalized several impressive scenes. In the end, the two agreed that it was a “great fight” and “El Travieso” declared that he was ready for one more fight.

On the other hand, Mike Tyson’s career has been multifaceted, as he has not only ventured into the world of cinema, he has also written his stand-up routines.

One of the darkest episodes in Mike Tyson’s career was when he faced Evander Holyfield. The fight ended unexpectedly, as Tyson was disqualified for biting his opponent’s ear.

After a 20-year career, in 2005, he decided to hang up his gloves in the midst of a financial crisis and various legal problems. From that moment, the 54-year-old boxer became a media man.

You can also read:  VIDEO: With a tremendous right hand he took him out of the ring!

In 2012, together with his wife Lakiha Spicer, he founded “Mike Tyson Cares”, a social organization dedicated to protecting and supporting young people with domestic problems. In addition, he managed to form his own Boxing promoter, which has already organized various events.

He featured with Madonna on her song “Iconic” and has also begun to build his path on social media thanks to a podcast and YouTube channel.

Through social networks, Mike Tyson has surprised his followers by demonstrating his great physical condition and his intense exercise routines.

This Thursday it was announced that Tyson will return to the ring for an exhibition match. The fight will be against fellow American Roy Jones JR., 51, on September 12 in Los Angeles. (GG)(Taken from Infobae)