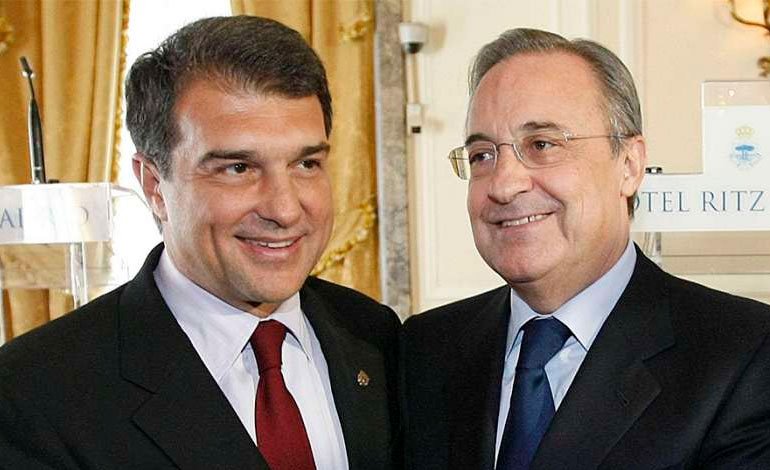 The UEFA Appeal Commission decided this Wednesday to suspend “until further order” the disciplinary file against Real Madrid, FC Barcelona and Juventus, the last three rebel clubs that still refuse to give up the project of a European Super League.

The European body had “opened a disciplinary file” on May 25, threatening to sanction the three clubs for a “potential violation of UEFA’s legal framework” while the other nine promoters of the Super League, who gave up the project, eluded this file in exchange for light economic sanctions.

On Monday, UEFA saw how they were notified of a measure that a court in Madrid took at the end of April, which prohibited UEFA and FIFA from acting against that potential competitor project for the current Champions League until the conflict had been thoroughly analyzed. juridically.

You can also read:  América de Solari defeated Juárez and remains the leader of Mexican soccer

UEFA, based in Nyon (Switzerland), therefore pauses its disciplinary action, pending judicial development, which has become even more complicated, since the Madrid court, meanwhile, has taken the matter to the European Court of Justice (CJUE).

“After the opening of a disciplinary file against FC Barcelona, ​​​​Juventus and Real Madrid for a potential violation of UEFA’s legal framework in relation to the so-called Super League, the UEFA Appeal Commission decided to suspend the file until further notice. », can be read in the statement.

The issue is crucial for the future of European sport governance and could be used to find out whether UEFA is abusing a dominant position, contravening current competition rules, in its actions to protect its current competitions.

You can also read:  Guerrero and Farfán summoned to key clashes of Peru in the World Cup

The instance chaired by the Slovenian Aleksander Ceferin threatened Real Madrid, Barça and Juventus with significant sanctions, which can even lead to exclusion from European competitions.

These three clubs are the last to cling to the project of a Super League as an almost closed private competition. The announcement of that tournament convulsed European football for a few days.

After 48 hours of controversy, generating opposition from fans, authorities and players, nine of the twelve ‘rebel’ clubs decided to take a step back and the project collapsed like a house of cards. Among the teams that paved the way for resignations were Chelsea and Manchester City, protagonists of the Champions League final on May 29.

You can also read:  Dembélé suffers a new injury that will force him to go through the operating room

UEFA sanctioned the ‘repentant’ with a light fine. The clubs agree to pay a combined amount of 15 million euros ($18.2 million) and to forgo 5% of their rewards in a season of European competitions.

The six clubs involved in the Super League project also agreed with the Premier League the joint payment of 25 million euros (31 million dollars), the British press published on Wednesday.