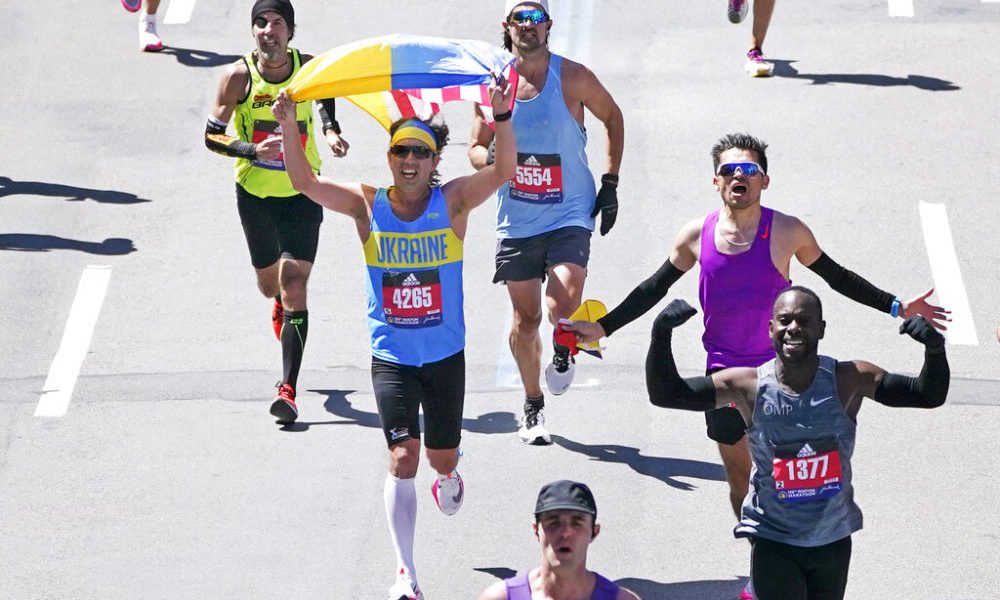 As he braved the hills and headwinds at the Boston Marathon, Dmytro Molchanov couldn’t stop thinking about family and friends back in his native Ukraine.

Molchanov, a 33-year-old Ukrainian who lives in Brooklyn, ran the 42,195 kilometers wearing a Ukrainian jersey and with his face painted yellow and blue. He crossed the finish line with the Ukrainian flag around his shoulders.

You can also read:  Russians and Belarusians banned from the World Athletics Championships

More than 40 Ukrainians were registered to take part in the race, but the Russian invasion prevented many from traveling to the start. Ukraine has banned most men from leaving the country in case they are needed for military service.

Only a few received a space permit to run in Boston.

Molchanov was the fastest among a dozen Ukrainian citizens on the course, crossing the finish line on Boylston Street after 2 hours, 39 minutes, 20 seconds.

“I decided to come and show that we Ukrainians are strong, we are fighting and we hope that peace will come soon,” he said.

Race organizers offered refunds or postponements for Ukrainians who registered for this year’s race. In a stance against the violence in Ukraine, the race also excluded runners from Russia and Belarus, who currently reside in either country.

That made the race all the more poignant for Molchanov, whose mother and grandmother have refused to leave their home near Crimea.

Throughout the course there were shows of support for the Ukrainian runners. A man waved a Ukrainian flag and another large flag was placed on the fence at the 40 kilometer marker.

It was not lost on Molchanov that the national colors of Ukraine, blue and yellow, are also the official colors of the race. Seeing those colors along the route made it feel like a “home race,” he said.

Igor Krytsak also crossed the finish line with a Ukrainian flag. The 33-year-old runner flew in from kyiv and planned to catch a flight home shortly after the race. He received a permit from the government to leave the country for three days in order to participate in the oldest marathon. (AP)

You can also read:  Joyciline Jepkosgei and Sisay Lemma win the London marathon for the 1st time