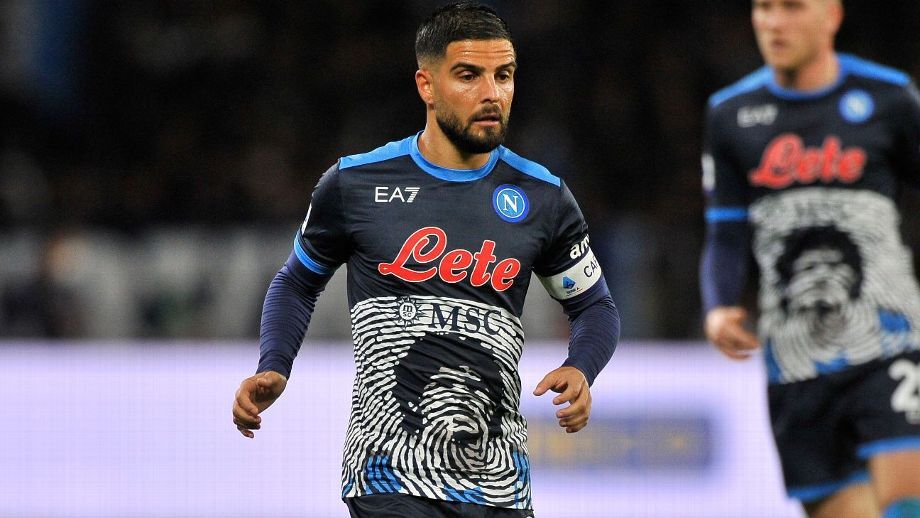 A few days after the first anniversary of the death of Diego Maradona, his greatest idol, Napoli decided to honor him with a special shirt, which he already wore in the tie against Hellas Verona, for Serie A in Italy, and will return to defend in duels against Inter and Lazio. The jacket, created in conjunction with the Emporio Armani, was christened “Maradona Game”, and shows the face of the legendary No. 10 on the front, superimposed with a fingerprint. “We seek to transmit the legacy of the Argentine legend to the Neapolitan city to the younger generations,” they described the design from the club.

But it also sparked a veritable judicial war that is just beginning. The first sign that Pelusa’s inner circle were not aware of the situation came from Diego Junior, one of the heirs of the world champion with Argentina in Mexico 1986.

“The shirt with my father’s image was made without even picking up the phone with one of us, the children. The club did everything with Stefano Ceci, to whom we did initiate legal action because we believe that the contract with my father on the use of his image after his disappearance is no longer valid, ”he claimed in dialogue with ANSA. The Tano Ceci, in effect, is the link that explains the conflict.

You can also read:  Swiss bank to pay US $ 79 million to launder money from FIFAgate

It is about a friend of the former fantasista, who knew how to become his link in business in Dubai and Europe; especially in Italy. For example, he was the promoter of Maradona’s return to Naples in 2017, in which he lived from tribute to tribute and was named Illustrious Citizen of the city. He was also an intermediary with several channels on the Old Continent that wanted to make special programs or documentaries about Diego.

He met Diez, his idol, in a particular way more than 20 years ago: he traveled to Cuba, where the former liaison had settled in the La Pradera complex to treat his addictions, to meet him. As they did not let him in, which homeless person, Stefano decided to base himself at the door. There he slept one, two, three nights, observing the movements of Maradona’s surroundings, but without luck.

Until Guillermo Coppola, then representative of the former captain of the Argentine team, took pity on Stefano and interceded for the match. From there, it did not take off any more. Thus, Tano was gaining the trust of the former footballer, advancing lockers, to the point that in 2015 he signed the book “Maradona, the dream of a child” (or “il sogno di un Bambino”, in Italian) in which he narrates his experiences with the idol of Napoli, his friend. She even lived with him in Dubai.

You can also read:  Angeliño leads victory and classification of Lepzig

In August 2020, three months before Maradona’s death, he had been benefited by an image exploitation contract, which they say was extinct. But it continued to offer business in the northern hemisphere related to the Argentine. One of them, the use of the image on the shirt that is all the rage in Napoli.

Just over a month ago, the children had denounced these movements through the Instagram account that Diego managed until his death. “Dear friends, we are struck by the fact that several unauthorized people are trying to commercialize the image rights and the name of Diego Maradona. This is not allowed by your heirs. We warn that any violation or ignorance of the Laws will be subject to legal actions before the competent Courts ”, the text read.

The case sparked a video call from estate managers with lawyers in Italy to initiate legal action. At the same time, the firm SATTVICA SA, whose head is Matías Morla, and which has the authorization to exploit the brands linked to Maradona, also ratified that the powers of Stefano Ceci were revoked and works with his legal advisers in Europe.

“Napoli had not asked for authorization when he named the stadium after Diego Maradona, but it was understood as a tribute. In the case of the t-shirt, there is an obvious profit motive ”, they told Infobae from the company.

Meanwhile, Tano Ceci defended herself with a statement on social networks. “I reiterate that in due time I acquired -together with SATTVICA- the commercial exploitation of the rights of Diego Maradona, whose will was expressly formalized,” says one of the paragraphs of the discharge.

“I also reiterate that no termination has been legally notified to me and that, as far as my part is concerned, any revocation act would be contrary to law,” he added, contrary to what they indicate from the signature and close to the heirs of the star . The shirt with the face of the football deity, meanwhile, observes the fury it caused among the fans, oblivious to the legal battle: it was sold out in just five hours. (Infobae)