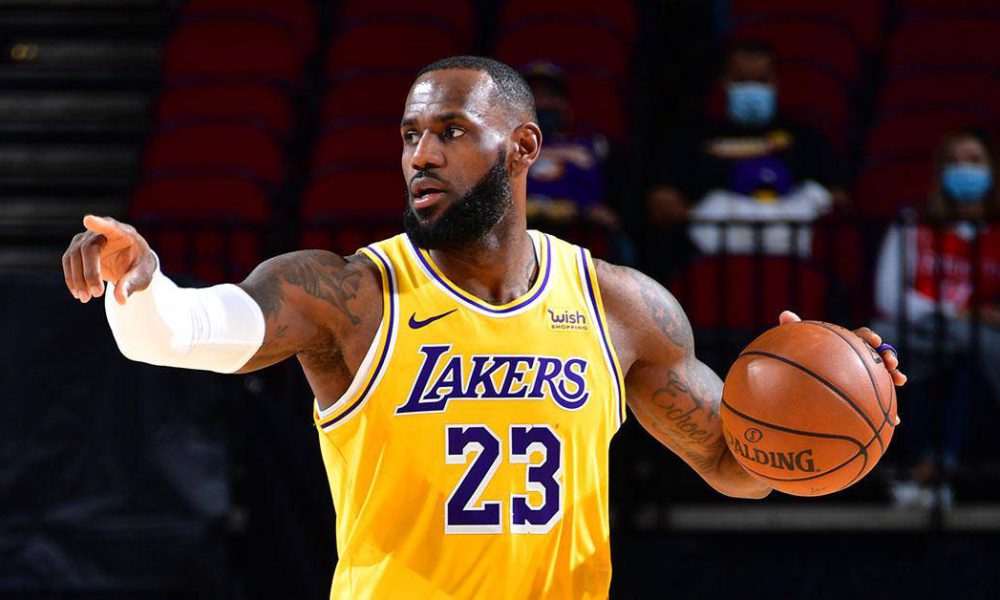 The days go by and the wait seems eternal, but it is already close. The NBA season 2021-22 promises to be a clash of stars without equal with LeBron James and the Los Angeles Lakers as one of the main protagonists. Even the experts have already made their respective predictions and forecasts.
As one of the two candidates to win the NBA 2022 title according to the bookmakers, the Lakers version 2021-22 will have a LeBron James turning 37 during the next season and the kingdom as the best player today seems to be in danger. .
The specialized portal on NBA, Fadeaway World, raised the 10 most crazy predictions, almost impossible to pass, and LeBron occupied the third position with a forecast that would lead the Lakers star to surpass players of the caliber of Kevin Durant and Stephen Curry.
According to the third craziest prediction for the 2021-22 NBA season, LeBron James will be able to stay healthy and run a campaign that leads to him winning the MVP award at age 37 in a league that seems poised to receive dominance from Kevin Durant.
The only record in history that LeBron James is predicted in the 2021-22 season

You can also read:  The Michael Jordan Reveal That Wasn't Seen On The Last Dance

If the prognosis of the experts is given and LeBron James wins the NBA MVP award 2022, the Los Angeles Lakers star will become the longest-lived (oldest) player in history to earn a distinction as the Most Valuable Player by beating Karl Malone, who won it at 35 years old.(BOLAVIP)