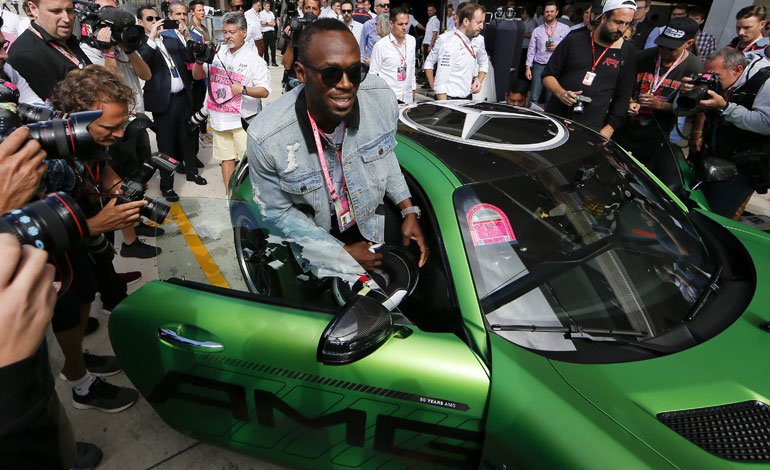 The Jamaican Usain Bolt, the fastest athlete of all time -eight times Olympic champion and world record holder of 100 and 200 smooths-, was in charge of starting the United States Grand Prix, the sixteenth of the Formula One World Cup and that takes place in the Circuit of the Americas in Austin (Texas).

Bolt started the sixteenth race of the year, which started after the twenty members of the premier category of motorsport were presented to the public in a very “American” show, in which the drivers entered the track announced by public address and flanked by the ‘cheerleaders’ (cheerleaders) of the Dallas Cowboys, one of the most iconic teams in the NFL, the professional football league.

You can also read:  Heineken to become a global partner of Formula One

The Formula One figures were entering the track first in pairs (that’s how both Spaniards entered); and, finally, in regard to the first six places of the World Cup, individually.

Thus, the double Spanish world champion Fernando Alonso (2005 and 2005, with Renault) was presented together with his partner in McLaren-Honda, the Belgian Stoffel Vandoorne; and his compatriot Carlos Sainz, from Madrid, who makes his debut in the Renault team, entered the track together with his new colleague, the German Nico Hülkenberg.

The Force India pilots, the Mexican Sergio Pérez and the Frenchman Esteban Ocon, also entered together, who were introduced by the legendary local presenter Michael Buffer, without missing the truth, as “one of the most rival couples” on the grid. .

You can also read:  Ogier seeks his 30th World Cup victory in Finland

The first six of the championship were presented one by one, in the reverse order they occupy in the general classification, so the Dutchman Max Verstappen – sixth – entered just before the Finnish Kimi Raikkonen (Ferrari) and his teammate. at Red Bull, Australian Daniel Ricciardo.

The Finn Valtteri Bottas (Mercedes) was the third to last to enter the track, just before the German Sebastian Vettel (Ferrari) and his English teammate Lewis Hamilton, leader of the Formula One World Championship, with 59 points of advantage over the German .

Hamilton could mathematically secure his fourth title this Sunday, if he wins the race and Vettel does not exceed sixth; or if he finishes second and the German does not improve a ninth. EFE

You can also read:  Hamilton mourns the death of his friend Emilio Botín