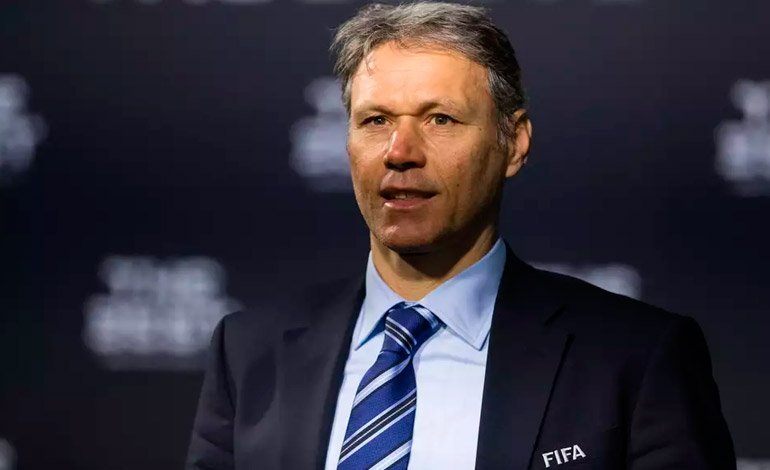 Marco van Basten, winner of three Ballon d’Ors and one of the best strikers in history, has published his autobiography ‘Basta. My life. My truth’. In it, he unravels his life, his career and his ordeal with injuries.

A vintage striker, winner of three Ballon d’Ors, offensive reference for two historic teams like Johan Cruyff’s Ajax and Sacchi’s Milan… with a career that barely lasted beyond 28 years. Marco van Basten was unable to overcome his worst rival, injuries, after competing (and winning) in pain for years.

On the occasion of the publication of his autobiography ‘Basta. My life. My truth’, the Dutchman has granted an interview to ‘The Guardian in which he has been honest about his career, his life after football and that damned ankle that didn’t let him fully squeeze the juice out of one of the greats of the beautiful game.

“It was really difficult because I went from the highest level in football to the lowest level of personal happiness. A very big fall and a really dark time,” says Marco, who since 1986, playing for Ajax, began to suffer serious ankle problems: “Everything fell apart because there was a lot of pain and problems. It can be said that the last five years I concentrated all my career but I was limping after all the operations. The doctors told me they couldn’t help me. I got scared.”

“I couldn’t do anything without pain. I was really disabled and the doctors couldn’t help me. I was a little scared. Johan talked to the doctor and told him that I had a problem, but that it wouldn’t get worse and that I could play. I already had the feeling that something was not going well but I made a deal with him in which he told me that I could skip training sessions and some competition, but that I would have to be in Europe no matter what happened, “said van Basten in the aforementioned newspaper.

His relationship with Cruyff went back and forth, with some chiaroscuro and a lowest common multiple: football. «He was my hero, my best example and my friend. So his opinion was different from how I saw things at Ajax. It was painful, but that happens sometimes with a teacher and his student. He went to the right and I went to the left. Suddenly we had no contact, “explained the former striker.

You can also read:  French government thinks of Mbappé for its vaccination campaign

The Milan of Sacchi and Capello

In 1987 he left Ajax to join the almighty Milan. There, first, he coincided with ‘The Professor’ Sacchi, to later put himself under Fabio Capello’s orders.

«I was used to Cruyff who was a great player and we thought almost the same, something that also happened with Capello, while Sacchi was more theoretical. We had to watch a lot of videos and I always thought it was too much. I even told him that he had already told me the same thing twelve times and that if he didn’t understand it he would never understand it. Both coaches were lucky because we had a wonderful team. Baresi, Maldini, Costacurta and Tassotti were great defenders who could also play very well with the ball”, explains the Dutchman.

At 56 years old, far from football and close to his family

Van Basten began his adventure as a coach with the Dutch national team to later try his luck with Ajax, Heereven and Az Alkmaar, although coaching was not his best experience: “I’m not a good coach. I can train players and talk about football, but when I lost as a coach it was so painful that I couldn’t live with it.”

About his current life, Marco highlights the tranquility that now permeates his life: «I have good children, two grandchildren, a good wife and I have my businesses in addition to working for television talking about football. We are healthy and I am enjoying life even though I am limited. I can’t play football or tennis but I can play squash and I appreciate it.” (GG)(Everardo Herrera.com).