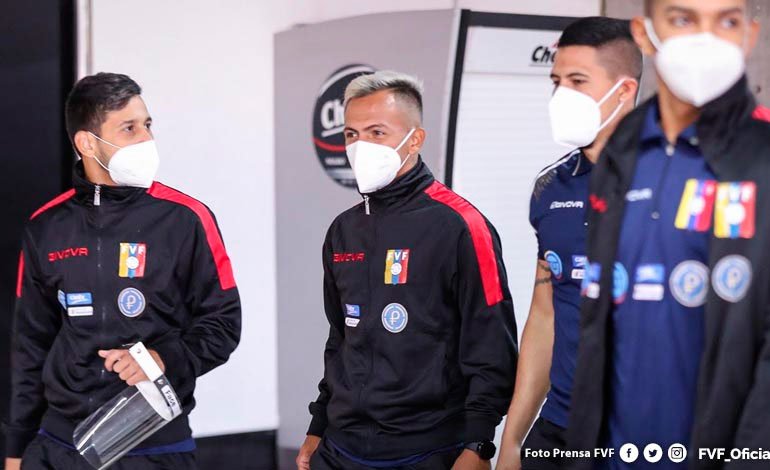 Goalkeeper José David Contreras and midfielder Christian Larotonda tested positive for covid-19, so they will not defend Venezuela against Brazil, on the third date of the South American qualifier for the Qatar-2022 World Cup, confirmed the local federation.

Contreras, 26, and Larotonda, 21, “did not travel (to Sao Paulo) since they tested positive for Covid-19, after a PCR test,” the Venezuelan Football Federation (FVF) reported in a statement.

Contreras and Larotonda tested positive with their clubs, Deportivo Táchira and Metropolitanos, so they did not join the group that flew to Brazil for the November 13 match in Sao Paulo.

Headed by DT José Peseiro, a first advance of the Vinotinto left this Saturday for the neighboring country, while the rest of the players will do so between Sunday and Monday morning, the FVF indicated.

You can also read:  As "historic", the Spanish press described the 6-0 against Germany

Peseiro included pieces from the local scene on Friday in the squad to face Brazil and Chile in the South American qualifier, such as young midfielder Anderson Contreras.

Larotonda was one of the surprises announced by Peseiro, who joined due to the need for extra midfielders after the absence of Yangel Herrera, from Granada, against Brazil due to suspension.

Other pieces such as defender Nahuel Ferraresi “were left out” by testing positive for covid-19, the DT said at a press conference.

You can also read:  Arsenal will ask Aubameyang for an explanation for a tattoo

La Vinotinto, which lost 3-0 to Colombia as a visitor and 1-0 to Paraguay at home in its first two games, will also play on November 17 against Chile in Caracas. AFP (hn).