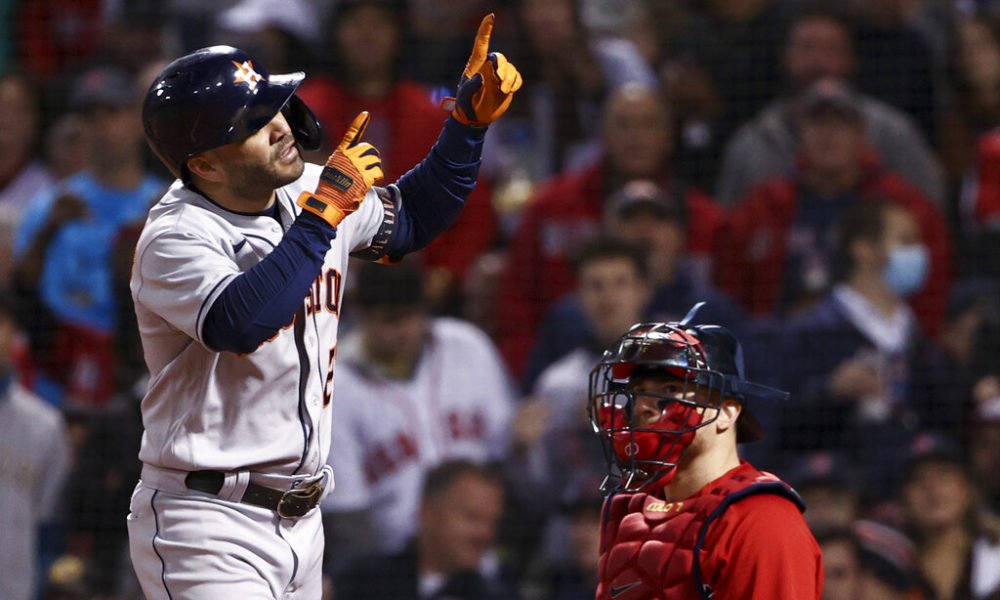 José Altuve continues to climb the all-time list for career home runs in the postseason.

After surpassing George Springer and Albert Pujols (19) and Derek Jeter (20) this month, the Venezuelan Astros second baseman has passed Puerto Rican Bernabé “Bernie” Williams (22) with his number 23, to occupy the second place of all the times. The leader for life is the Dominican Manny Ramírez with 29.

Altuve reached 23 home runs in the playoffs / World Series Saturday by hitting a solo home run off Kyle Wright in the fourth inning of Game 4 of the World Series at Truist Park in Atlanta.

The Siderales veteran hit his 23rd homer in his 77th postseason game. Ramirez played in a total of 111 playoff / World Series games and Williams played 121.

Now, Altuve has two home runs in the 2021 Fall Classic, five this postseason and four for life in his three World Series.

Altuve, a talent without equal in the majors

Altuve’s homer on Saturday came off a 93.4 mph sinker from Wright. Flying the center field fence, the hit had a muzzle velocity of 105.2 miles per hour and an estimated distance of 434 feet.