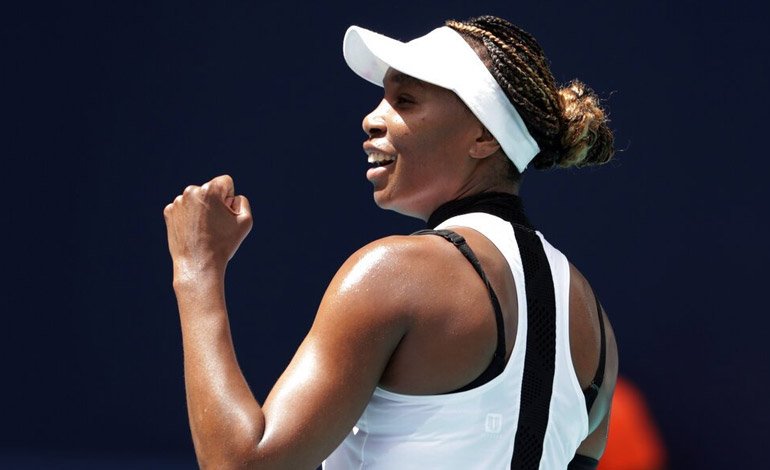 In 1994, when he was going to play his first professional tournament at age 14 in Oakland (California), the Rolling Stones gave a concert at a nearby stadium.

Today Venus Williams, who will turn 40 on Wednesday, continues, like rock legends, clinging to her passion without even thinking about retirement.

This figure of American tennis celebrates his birthday with the suspended tennis season amid the crisis caused by the coronavirus, which has shaken the tennis calendar and other sports.

Despite the hiatus and a few years empty of titles – her last individual victory was in Taiwan in 2016 – the former world number one does not want to put the final touch on her career, in which she has won seven Grand Slam titles, four Olympic gold medals and dozens of other tournaments.

“You should always have dreams, and I still do,” Williams stressed in an interview posted on the Tennis Majors website earlier this month.

You can also read:  Djokovic separates from Boris Becker after three years

The tennis player still aspires to conquer the French Open (Roland Garros) and Australia, the two Grand Slam that have eluded her in her career.

«I would like to win Roland Garros. I wasn’t that far from doing it. The same goes for the Australian Open, I was unlucky, ”recalls Williams.

The first of those two finals lost by Williams in Australia, in 2003, was in a duel with her younger sister Serena, the great dominator of women’s tennis this century.

As Serena racked up to 23 Grand Slam tournaments, Venus has been unable to lift a grand slam trophy since Wimbledon in 2008 and knows the clock is ticking against her.

We’ll see how I feel. I still love winning, but when it’s over, it’s over, “he said.

You can also read:  Murray and Federer first wins on clay

Williams has never easily accepted defeat, a hallmark of his early days under the harsh tutelage of his father, Richard Williams.

As advances in sports science increasingly push the limits of longevity for athletes, few female players are likely to be able to match the accomplishments of Venus’s professional career, which has spanned four different decades.

The great episodes of Williams’ career are part of tennis history: her upbringing in the underprivileged Los Angeles suburb of Compton, where another of her sisters was murdered; the rivalry with Serena and the successful comeback after being diagnosed with Sjögren’s syndrome, an autoimmune disease whose symptoms include joint pain and fatigue.

“I’ve had great moments, I’ve been at the top and bottom, I’ve done it all and I’ve been just as happy,” Williams said.

His final years have coincided with the emergence of a crop of young African American tennis players, including Sloane Stephens, Madison Keys, Taylor Townsend and Coco Gauff.

You can also read:  Venus Williams eliminated in the first round of the Chicago WTA tournament

In recent weeks, Williams has been involved in the wave of outrage against racial inequality and police brutality in the United States in the wake of the death of African-American George Floyd at the hands of police in Minneapolis.

In a lengthy post on Instagram, Venus said that the crime of Floyd and other black people recently shows that “racism still prevails in America.”

“This is only the surface of the horrible face of racism in America,” he notes.

Talking about racism was unpopular in the past. He was rejected. Nobody believed you (…) Until you have walked with these shoes, as an African American, it is impossible to understand the challenges you face in the country, in this world, ”Venus stressed. AFP (HN)