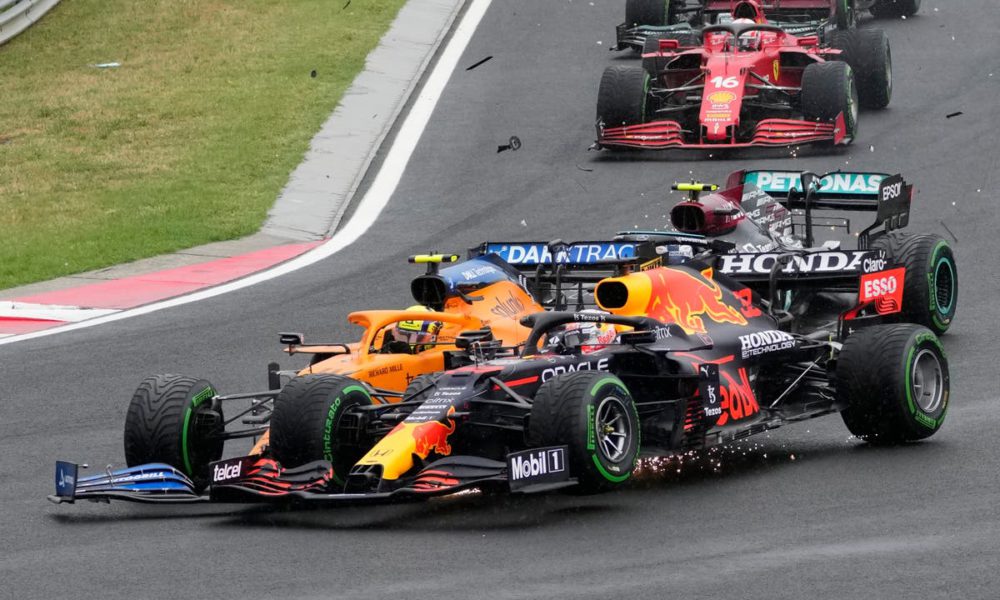 The Dutchman Max Verstappen (Red Bull) was designated the winner of the Belgian Formula 1 Grand Prix after just two laps of the race on the circuit behind the safety car and more than three hours late in starting, due to the rain that it fell this Sunday on Spa-Francorchamps.

Britain’s Lewis Hamilton (Mercedes), third, continues as the World Cup leader ahead of Verstappen, after this unusual twelfth event of the season.

Second of this ‘simulation’ of race was the British George Russell (Williams), the surprise of Saturday in the qualifying session.

Although there was qualifying, there was not really a race.

The rain fell relentlessly from the start of the day and finally there was no cancellation of the Grand Prix, although that was the sentiment of the spectators who, by the thousands, waited to see the F1 racing cars in action.

The start was 3 hours and 17 minutes behind schedule and, after two laps, it was again interrupted. Shortly after, she was permanently arrested.

According to the regulations, at least two laps must be given for the allocation of points. If the leader completes less than 75% of the initially planned distance (44 laps of seven kilometers), only half the points are distributed.

As Hamilton started the weekend as the overall leader with eight points over Verstappen, he remains first, now with a three-point margin.

“It’s a shame that we couldn’t do more laps, but the conditions were delicate,” said Verstappen. “The credit today goes to the fans who endured on the circuit all day in the rain, with the cold and the wind. They are the big winners today, “he said.

You can also read:  VIDEO: This is how a Formula 1 car is driven

The next Formula 1 race will take place next weekend very close to Belgium, in the Netherlands, the country of Max Verstappen.

“I hope they return the money to the fans,” said Hamilton, who felt that “the money has spoken.”

“I’m a bit confused, why relaunch the race when the weather hadn’t improved during the break?” He wondered.

When asked about a possible commercial interest that led to that decision, the president of Formula 1, Stefano Domenicali, and the race director, Michael Masi, rejected that thesis. Domenicali said F1 was going to reflect on a gesture towards the fans.

Already in the first formation lap, around 3:25 pm local time (1:25 pm GMT), the pilots agreed that the visibility was too bad. Only Verstappen, who started from pole, was in favor of running.

It’s pretty awful. He didn’t get to see the car in front of me and there is aquaplaning, ”estimated Briton Lando Norris (McLaren).

Norris himself had had an accident in the rain on Saturday at that circuit, during qualifying. On Sunday, Mexican Sergio Pérez (Red Bull) left the track during the lap to position himself on the starting grid. He should have dropped out, but the delay allowed his team to repair the damage and he was able to participate.

In the absence of a real race, the television images filmed during the afternoon the spectators in the stands, who passed the time between hot dogs and chips.

Some employees of the circuit even had fun playing petanque on the edge of the track. It was almost the only sport that could be seen this Sunday at Spa-Francorchamps. (AFP)