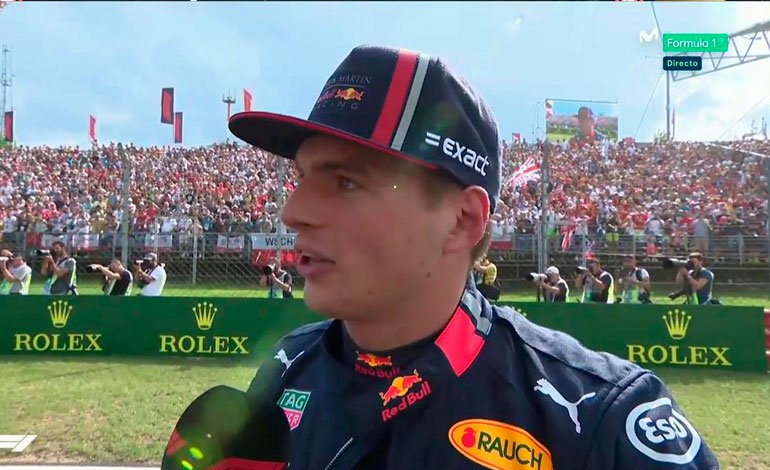 After 92 Grands Prix in Formula 1, finally the first ‘pole’: the Dutch prodigy Max Verstappen (Red Bull), only 21 years old, has added another milestone in his meteoric career after being the fastest in the classification of the Hungarian GP.

«I still lacked this. The car was almost flying, it was incredible! “, Congratulated the youngest winner in the history of a Formula 1 race, aged 18 years, 7 months and 15 days when he won in Spain in 2016.

Verstappen could hardly hide his joy: “I’m really happy, but there’s still one race to go …” Round 12 of the World Championship, the last before the summer break, on Sunday at the Hungaroring circuit in Budapest.

Verstappen, who has in his record 7 wins and 26 podiums in 92 races since 2015, finally achieved his first pole, also signing the circuit record with a time of 1 minute, 14 seconds and 572 thousandths.

You can also read:  Hamilton Fastest in Rain in 1st Practice at Austin

The Dutchman’s record also includes other records, such as the youngest rider to take part in a Grand Prix (in Australia-2015 at 17 years, 5 months and 15 days) and the youngest to have been on a podium, in Spain-2016.

Verstappen in the 100th poleman in history, although he is only the fourth youngest.

“It’s not something that keeps me awake,” said the hero of the day when asked about this statistic.

After a first third of the season dominated by the British Lewis Hamilton, world leader with 41 points ahead of his Mercedes teammate, the Finn Valtteri Bottas, and 63 more than Verstappen, it is the Dutchman who seems to be in the best shape of all Grill.

You can also read:  Ferrari comes to Alonso's defense

Hamilton will be in the second together with Leclerc (Ferrari), who was lucky to be able to complete all training sessions after suffering an accident in the first half (Q1). Both, like Bottas, will want to get rid of the bad taste in their mouths in Hungary that the last Grand Prix held in Germany left them, when the Monegasque and the Finn did not finish after two accidents and the British, ill, could only be ninth.

You can also read:  Brazilian Felipe Massa retires from Formula One

The third line will be occupied by the German Sebastian Vettel (Ferrari) and the French Pierre Gasly (Red Bull), while from the fourth the McLaren of the British Lando Norris and the Spanish Carlos Sainz Jr. will depart.

In the first part of the classification, the Renault of the Australian Daniel Ricciardo was eliminated, damaged by the traffic and which was only 18th.

The Italian Antonio Giovinazzi (Alfa Romeo), who had finished in 14th position, was sanctioned with three places for having hindered the Canadian Lance Stroll (Racing Point), with which the Mexican Sergio Pérez advanced one position on the grid (17th) .