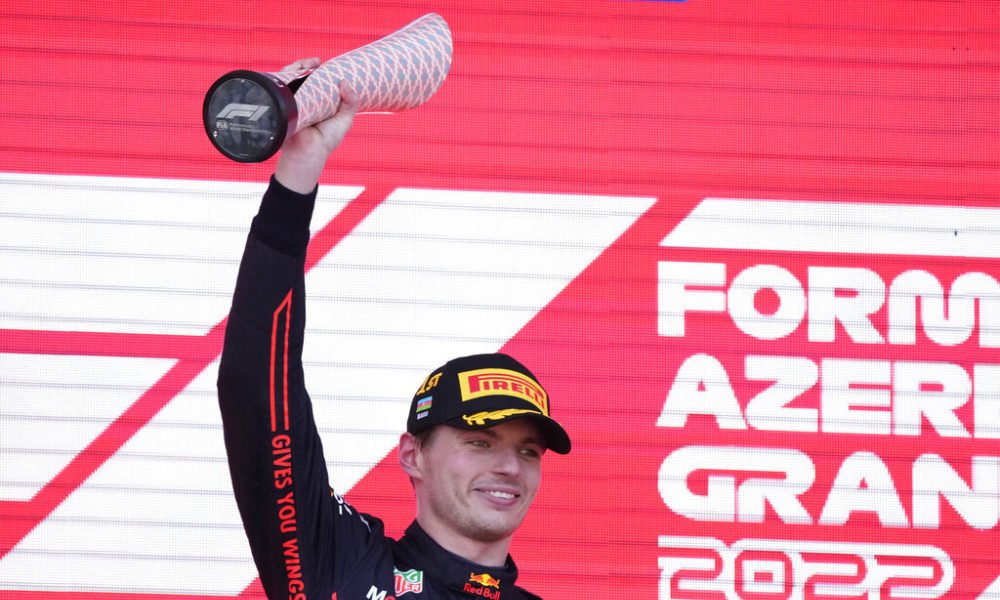 The Dutchman Max Verstappen (Red Bull) conquered the Azerbaijan Grand Prix, this Sunday through the streets of Baku, achieving his fifth victory of the season and the 25th of his career, and escapes at the head of the Formula 1 World Championship overall .

Verstappen beat his teammate, the Mexican Sergio Pérez and the British George Russell (Mercedes). The reigning world champion thus increases his advantage at the head of the drivers’ standings, with 21 points more than Pérez and 34 more than Monegasque Charles Leclerc, who started from pole but had to retire with his Ferrari before the halfway point of the race.

“We had incredible pace today, we had to pay attention to the tyres. I managed to get to the front and we had a bit of luck with the Ferrari retirements, but we had the pace,” Verstappen said at the end of the race.

You can also read:  Mattiacci (Ferrari): "We are very angry with ourselves"

After starting from the second row behind Pérez and Leclerc, Verstappen forged his victory by overtaking his teammate, who damaged his tires too much at the start of the race. After that, he only had to witness from a distance Leclerc’s engine failure on lap 20 of 51 on the Baku street circuit.

“The key was in the management of the tyres, it is what is needed here. Every weekend is different, you have to be precise, small details are at stake in the race,” added Verstappen, who will be able to fly relatively calmly to Montreal to play the Canadian GP next week.

An opposite situation to that of Ferrari. The Scuderia also saw how the Spanish Carlos Sainz Jr. left, whose car suffered hydraulic problems.

Leclerc has experienced the last three disappointing races: three weeks ago he retired in Spain, then he had to settle for 4th place in Monaco, after a serious strategic error by his team.

You can also read:  José López added a triumph in Argentina and took another step to the three-time championship

Absolute king of the qualifying sessions this season (6 pole positions in eight sessions), Leclerc sees Verstappen slip away in the overall standings.

In the constructors’ standings, Red Bull handed Ferrari a 44-0 points lead this weekend, with the fastest lap point in the race going to Pérez. Red alert for the Scuderia. (AFP)

– Classification of the Azerbaijan GP, ​​8th round of the F1 World Championship:

– Classification of the Drivers’ World Championship:

You can also read:  Maldonado: We have had very bad luck, but the car is competitive

– Classification of the Constructors’ World Cup: